Eritrea is endowed with rich and diverse cultural and natural heritage properties which are significant at national and international levels. Since independence, the Eritrean Government has committed itself to providing all necessary support and resources for the cultural development of the nation.

In addition, the Government of Eritrea has initiated several cultural programmes and projects to preserve, conserve and safeguard the nation’s cultural and natural heritage and pass it on to future generations.

As part of its policy and commitment, the Eritrean government has ratified the three conventions of the United Nations Educational, Scientific and Cultural Organization(UNESCO); the 1972 World Heritage Convention, the 2003 convention for the safeguarding of the intangible cultural heritage and the 1954 Convention for the protection of cultural property in the event of armed conflict.

The 1972 World Heritage Convention is an international instrument that addresses the conservation of cultural and natural heritage across the world and recognizes the responsibility of national governments in this respect. The World Heritage List, thus, represents examples of cultural and natural properties around the world that have received international recognition for their Outstanding Universal Value.

To give some overview of the subject, the cultural properties are nominated under criteria describing them as ‘masterpieces of human creative genius’ as well as exhibiting ‘an important interchange of human values’, or bearing exceptional testimony to a cultural tradition or to a civilization’.

Others are ‘Outstanding examples of a type of building, architecture or technological ensemble’, often spectacular settings of ‘traditional human settlement, land use or sea use and associated with events or living traditions, with ideas, or with beliefs. Some of the African cultural properties contain archeological features and are unique in the sense that as much as they testify to the past human activity and civilization in these areas, they remain a very present reality in the daily lives of the communities living around them, playing a major role in spiritual and cultural rejuvenation.

Natural properties in the African region make up a total of more than 30,000,000 hectares and are considered as sites of ‘exceptional natural beauty’, ‘outstanding examples representing significant ongoing ecological and biological process’, and places that contain the most important and significant natural habitats for conservation of biological diversity. The variety of natural properties in the region include mountains, deserts, marine coastlines, forests, savannah, wetlands, lakes, and rivers.

Mixed properties have elements of both cultural and natural heritage and are selected on the basis of their outstanding universal value. Africa represents five percent of inscribed properties under mixed properties category.

Modern heritage is a very recently introduced World Heritage List category. Asmara is a pioneering city in Sub- Saharan Africa to be a UNESCO World Heritage Site under this category.

African World Heritage Day is an opportunity to celebrate the wealth of Africa’s cultural and natural heritage, embodying outstanding universal values. This is a moment for the world to stand with governments, local communities and societies to support the continent’s most precious resources. Africa’s cultural and natural heritage is a force for peace and a driver for development and innovation.

African World Heritage Day was proclaimed by the General Conference of UNESCO in November 2015. The Day is an opportunity for people around the world to celebrate Africa most precious resources: its irreplaceable cultural and natural heritage. Recognized as the birthplace of humanity, Africa boasts the remains of ancient civilizations, vast parklands renowned for breath-taking wildlife and unique ecosystems, marvels of earthen architecture reflecting age-old building traditions, and much more. The continent’s wealth and diversity are by and large truly astounding.

To date, a total of 132 African properties have been inscribed on UNESCO’s prestigious World Heritage List in recognition of their outstanding universal value. Faced with contemporary threats such as climate change, uncontrolled development, civil unrest and instability, many of these wonders are in danger. It is, therefore, more urgent than ever that this heritage is protected and preserved for the enjoyment of future generations. UNESCO encourages the State Parties to consider the potential of Africa’s cultural and natural heritage as a force for poverty reduction and social cohesion as well as a driver of sustainable development and innovation.

Asmara’s modernist architecture represents one of the most complete collections of this genre in the world. As a total urban ensemble, Asmara bears exceptional testimony to the formative stage of one distinct strand of modernism: Rationalism. Hundreds of buildings designed and constructed from 1935 up to1941 have the characteristics of Rationalism.

Rationalist architecture embraced the new machine age and was uncompromising in its promotion of aesthetic purity and geometric simplicity in built forms, volumes, and masses. The defining characteristics of Asmara’s Rationalist architecture are witnessed in the profusion of pure geometric volumes, asymmetric and abstract forms, and a lack of ornamentation in the design of cinemas, shops, banks, religious structures, public and private offices, industrial facilities and residences. Asmara’s unique architectural value is derived not only from the prevalence of Rationalism. The city also possesses other expressions of modernism, including Futurism as well as earlier articulations of architectural modernity such as Novecento and neo-traditional styles recalling Classical, Lombard, Romanesque, Renaissance, Gothic, Medieval and even Vernacular forms. Collectively, Asmara’s architectural character is, therefore, broad and fairly represents the transformation in architecture during the early- 20th century from tradition to modernism. 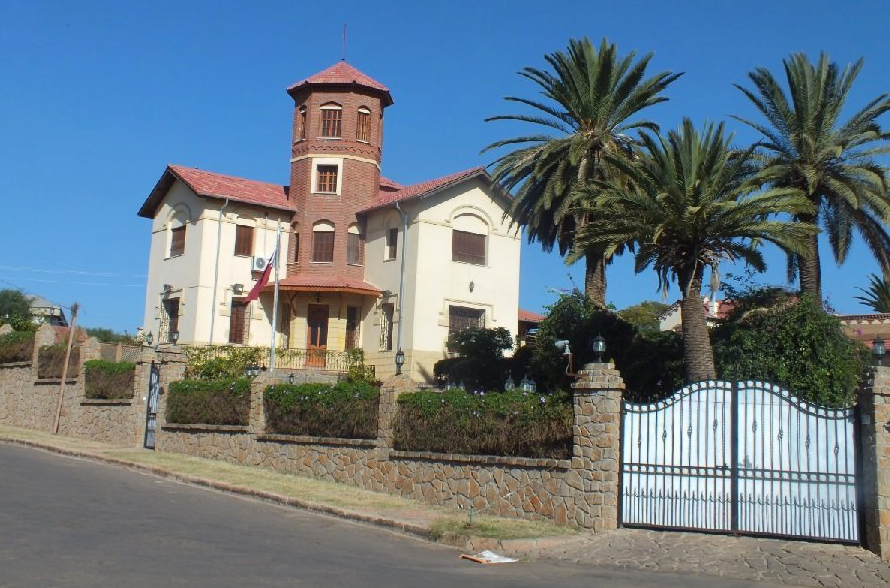 The historic centre of Asmara is inscribed as an outstanding example of a capital city that embodies the unity of early town planning principles and modernist architecture combined with local natural and cultural conditions consistent with its highland African setting.

Asmara has been inscribed on UNESCO’s prestigious World Heritage List in recognition of its outstanding universal value. Asmara’s inscription also presents an opportunity to encourage critical reflections on cultural relations and heritage globally, and to promote prosperity locally. In addition, Asmara has contributed to a World Heritage global strategy to redress the comparative underrepresentation of African and modernist heritage sites on the World Heritage List. Furthermore, Asmara’s inscription has brought huge responsibilities to protect and manage this rich cultural heritage for all humanity in this planet and transfer it to future generations.

This article intends to draw attention to the significance of the Asmara World Heritage Site on the occasion of the African World Heritage Day calls on all stakeholders, local communities and the general public to renew their commitment to protect and conserve the unparalleled richness of Asmara´s built heritage, in particular, and the heritage properties of Eritrea, in general.