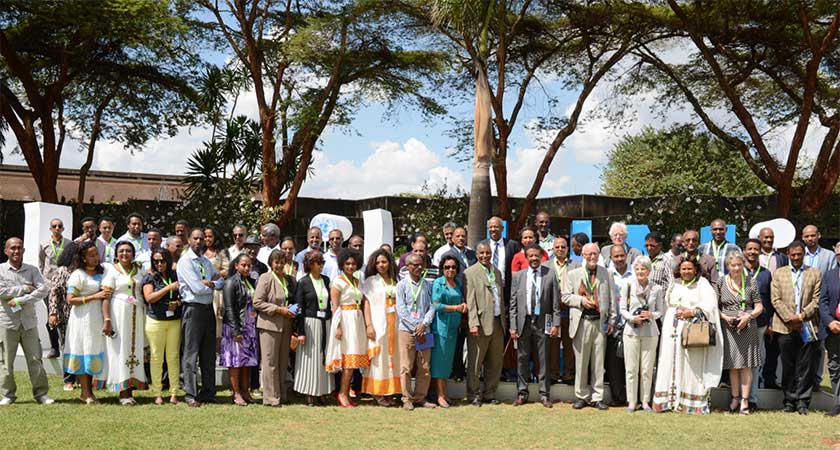 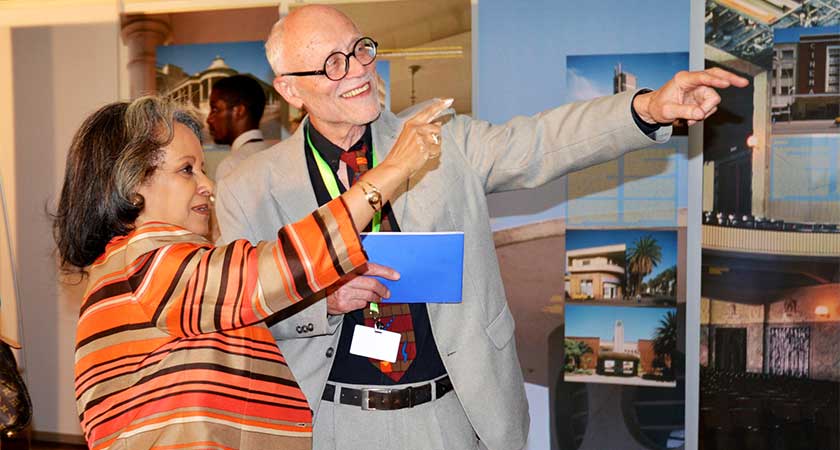 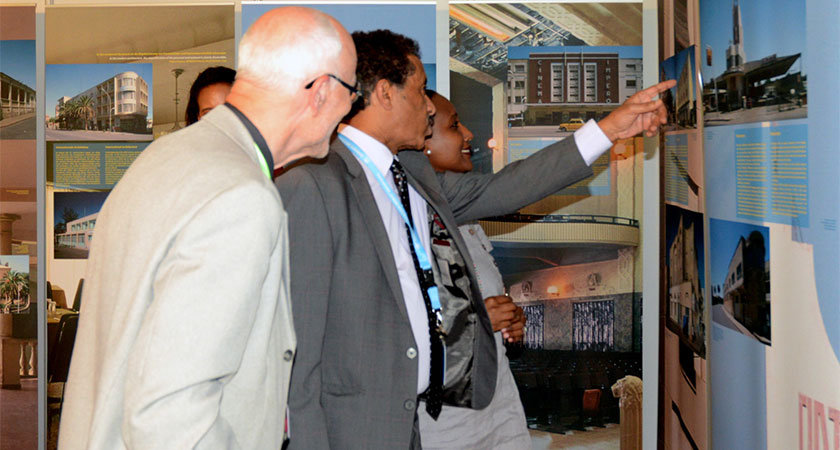 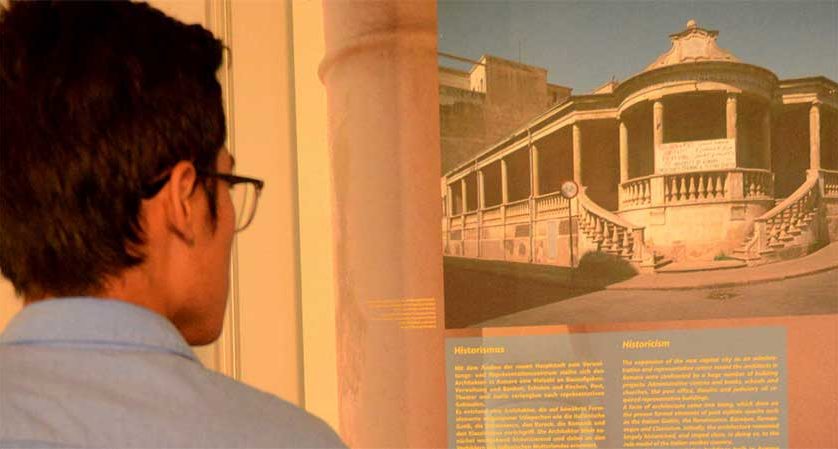 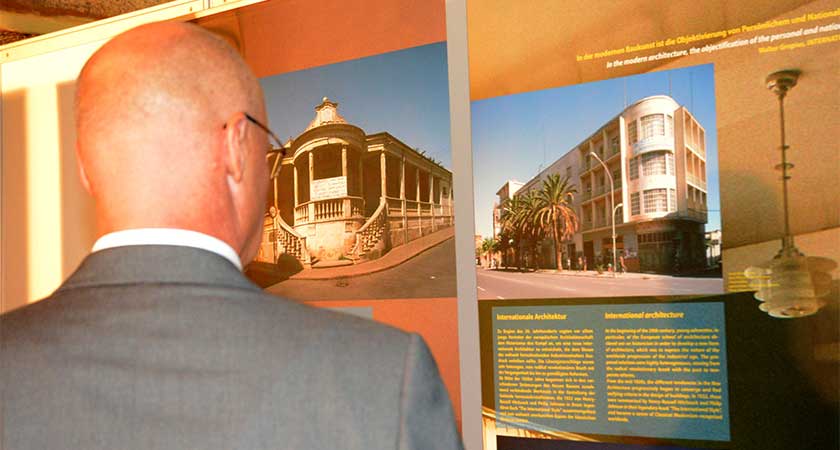 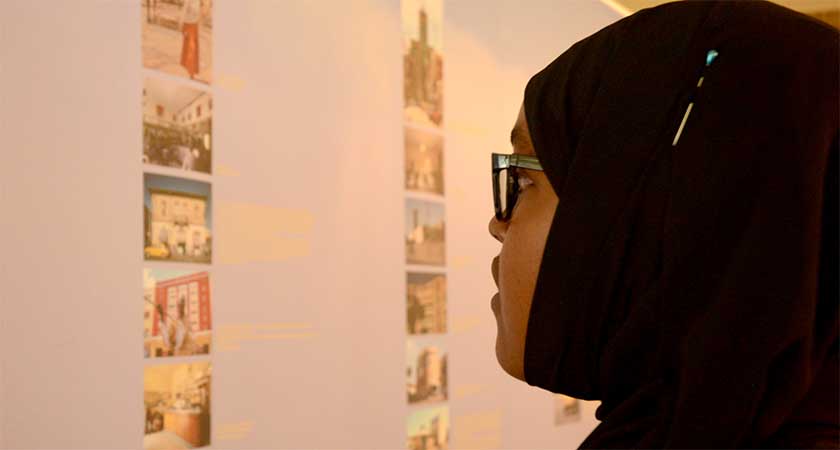 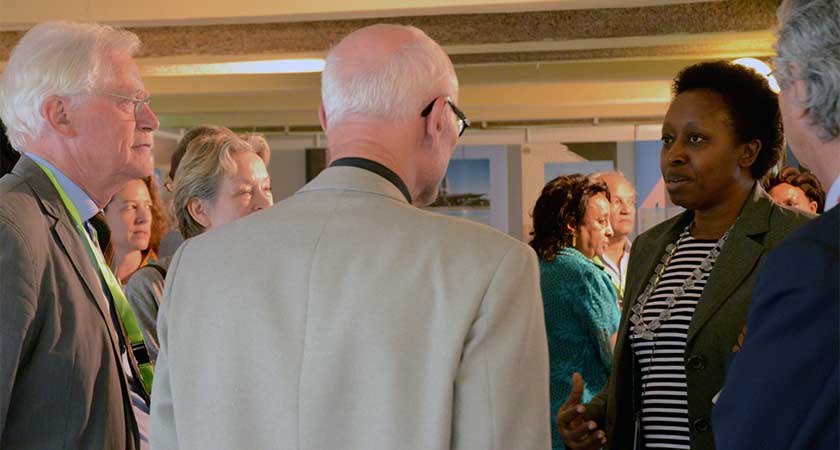 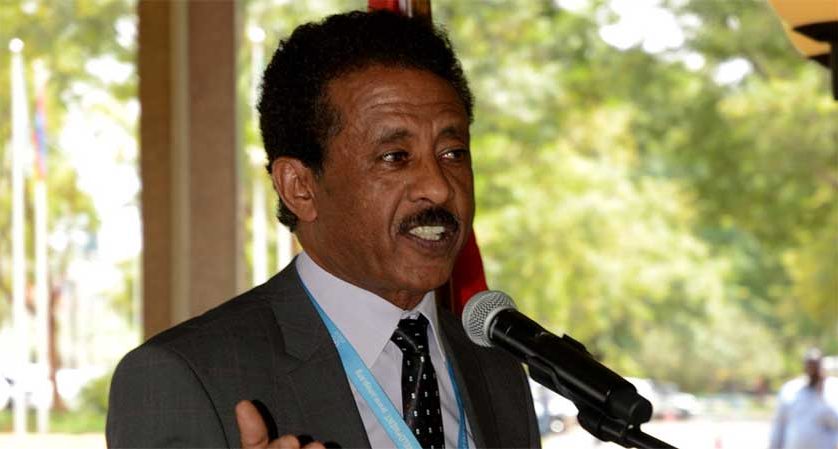 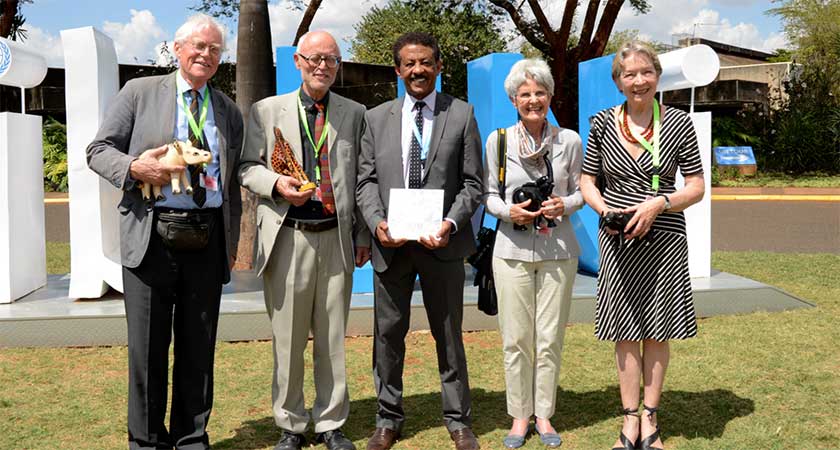 Asmara art deco organizers Mr. Christophe and Dr. Conrad, the Arbate Asmara group, staged an exhibition depicting Asmara’s historic and art deco buildings at the grounds of the United Nations Office in Nairobi in collaboration with UNON and the Eritrean Embassy on Monday, April 3rd 2017.

H.E. Beyene Russom, Ambassador of the State of Eritrea to Kenya, said that Asmara is a gem of world inheritance and has an excellent choice of becoming UNESCO’s world heritage site and added that time has come where the whole world will know and celebrate the secret city.

Ambassador Beyene,  also praised on the Eritrean history during which he pointed out that Eritrea is endowed with yet untapped historical, cultural and natural heritages.

He reiterated  that Eritrean societal values based on living in harmony and respect to one other is a unique asset.

Director General of UNON, Mr. Sahle Work; Dr. Aisa, DED of UN HABITAT and Eng. Nasser Musa, Director of Information at UNON, were some of the many UN officials and members who described Asmara art deco exhibition as astonishing and impressive.

In 2001 the Eritrean government decided to protect the entire city centre of Asmara as a national monument. Asmara is Africa’s secret modernist city, having survived the troubles of the Second World War, 40 years of Ethiopian occupation, and a thirty-year war of liberation almost unscathed, the city today is home to one of the largest ensembles of modernist architecture anywhere in the world.

However, Asmara is the only larger city in the world where a whole variety of architectural movements and their predecessors is assembled in the centre in one ensemble.

The exhibition is being staged under the theme  “Asmara: City of Dreams”. It is part of the campaign underway in 16 cities of 9 countries with a view to placing Asmara in the UNESCO World Heritage List.

Over 150 Eritreans and UN staff members signed in support of Asmara Art Deco to be enlisted into UNESCO world heritage.

The exhibition will move to Embassy of Order of Malta in Nairobi on Friday, where Diplomatic community are expected to attend.