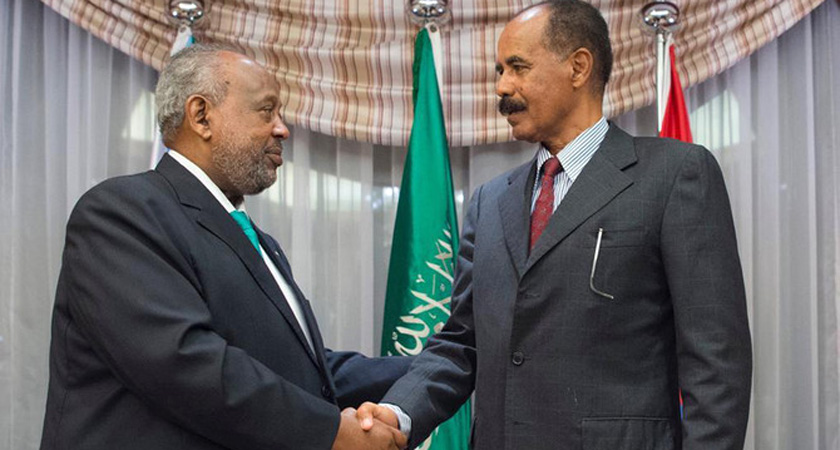 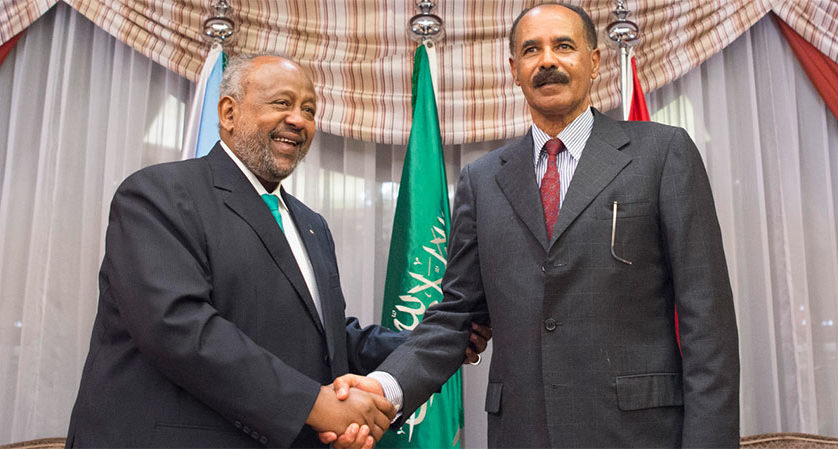 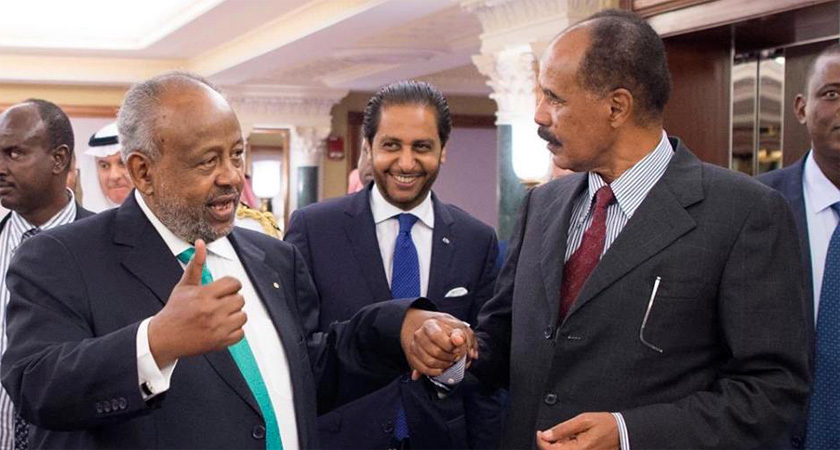 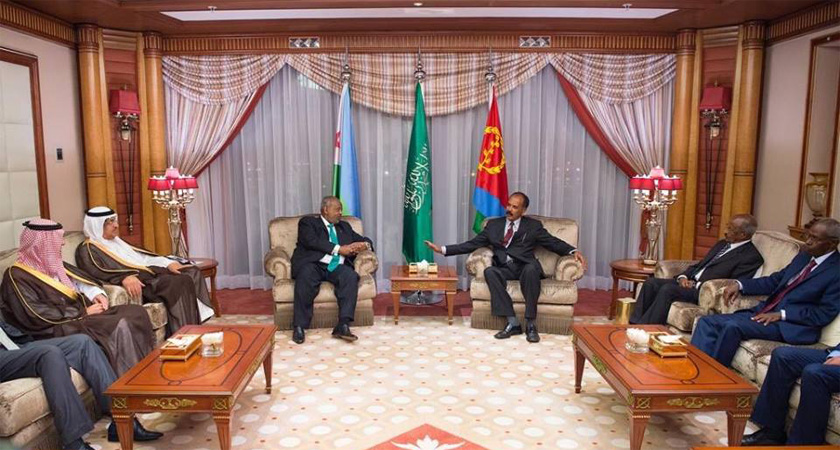 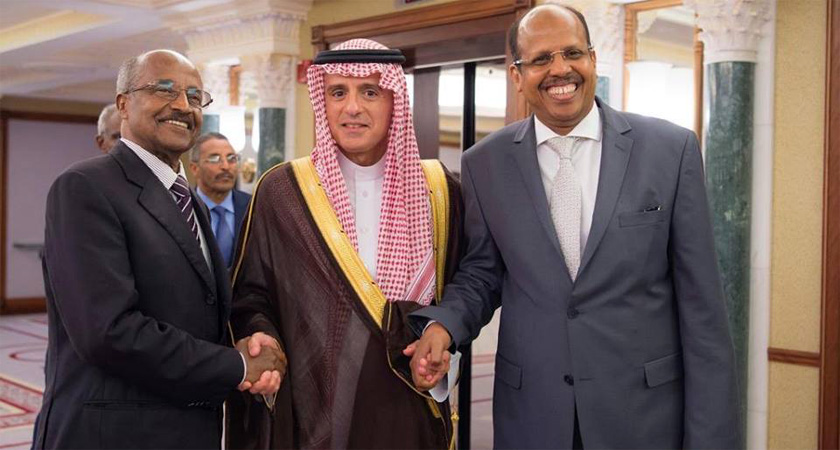 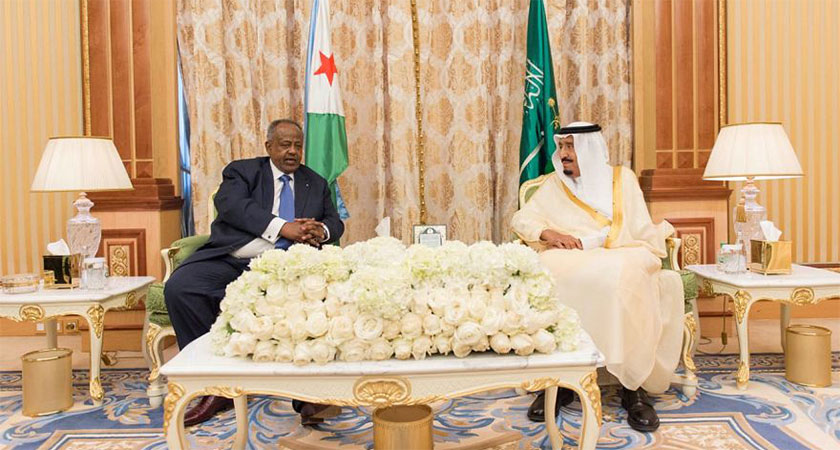 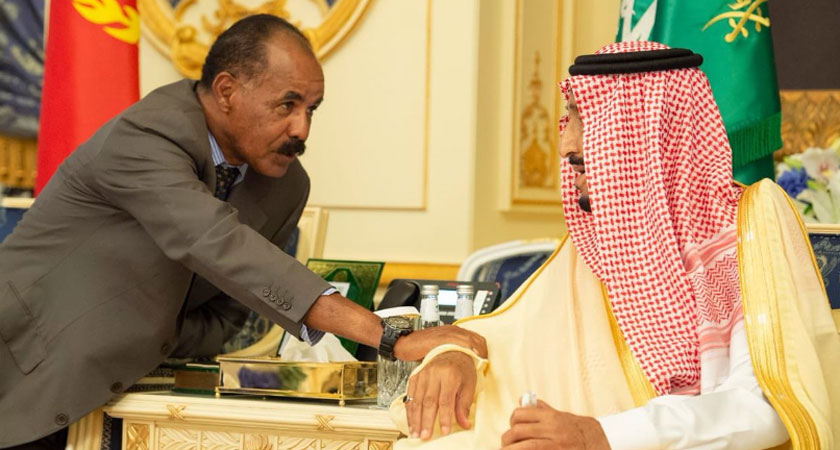 President of Djibouti Ismaïl Omar Guelleh and President of Eritrea Isaias Afwerki held on Monday a historic meeting in Jeddah a decade after a border conflict strained ties.

The meeting was sponsored by Custodian of the Two Holy Mosques King Salman bin Abdulaziz and was attended by Saudi Minister of State and Member of the Council of Ministers Dr. Essam bin Saad bin Said, and Minister of Foreign Affairs Adel al-Jubeir.

Afwerki and Guelleh express their gratitude for King Salman and Crown Prince Mohammed bin Salman for facilitating the meeting, which opens a new chapter for relations between the neighbors.

The meeting took place in the presence of Minister of State and Member of the Council of Ministers Dr. Essam bin Saad bin Said, and Minister of Foreign Affairs Adel bin Ahmed Al-Jubeir.

The meeting will open a new chapter in ties between Djibouti and Eritrea, underlining the Saudi Arabia’s keenness on peace and stability in the region.

President Isaias Afwerki met and held talks with Prince Mohammed bin Salman bin Abdulaziz, Crown Prince, Vice President of the Council of Ministers and Minister of Defense of the Kingdom of Saudi Arabia.

At the meeting held in the evening hours of today at the Jeddah Palace, the two leaders discussed a number on developing bilateral relations and ways of enhancing them as well as on issues of interest to both countries.

The meeting was attended by senior government official of both countries.

It is to be recalled that in recognition of the bold and courageous initiative they took to bring about peace and friendship between the two countries, President Isaias Afwerki and Prime Minister Abiy Ahmed have been presented by King Salman bin Abdulaziz Saudi Arabia’s highest medal “The Order of King Abdulaziz” on 16 September.