Why Djibouti Is the Loser of Ethiopia-Eritrea New Peace Deal

What will peace between Eritrea and Ethiopia mean for Djibouti and its fragile port monopoly?ly

Ethiopians and Eritreans alike are celebrating the breakneck speed of a rapprochement between Addis Ababa and Asmara, two longtime enemies. Closer ties between the two, while not necessarily a done deal, could usher in a new era of peace and prosperity for the Horn of Africa, resuming a thriving trade relationship and granting landlocked Ethiopia access to a new port.

Unfortunately, nearby Djibouti—which has successfully exploited its prime territory on the Red Sea to offer both port access and military bases to foreign countries—stands to lose.

At the least, this tectonic shift will reduce the revenues available to President Ismail Omar Guelleh, in power since 1999, and undermine his ironclad grip on the country. At worst, Djibouti could prove a spoiler, which would threaten prospects for regional peace as well as longstanding US strategic interests in the Horn of Africa.

For decades, Djibouti was the undisputed winner of Ethiopian-Eritrean hostility and the latter’s international isolation. The New Jersey-sized country of just under one million people has unique geostrategic advantages—its coastline spans the meeting of the Red Sea and the Gulf of Aden, a chokepoint through which significant amounts of the world’s energy supply and commerce pass every year.

While ports exist in Sudan, Somaliland, and Eritrea, Djibouti’s developed facilities, political stability, and investment-friendly atmosphere have proven more attractive than anywhere else in the region. As a result, Djibouti has enjoyed a near-monopoly on moving goods to and from landlocked Ethiopia.

The United States also has longstanding security interests in Djibouti, including the only permanent US military base on the continent—a vital component of US counterterrorism operations in East Africa and the Arabian Peninsula. Some 4,000 US military personnel are stationed at the American base, which extends to the nearby airport used to launch both armed and reconnaissance drones that operate in Somalia and Yemen.

Underscoring the country’s strategic importance to the Pentagon, US Secretary of Defense Jim Mattis visited Djibouti in April 2017, just months ahead of the opening of China’s first overseas military base there. Additionally, France, Japan, Italy, and Saudi Arabia have bases of various sizes and capabilities in Djibouti.

Ethiopia and Djibouti have traditionally maintained a close political and economic relationship out of mutual necessity. When the Ethiopia-Eritrea border war broke out in 1998, Ethiopia lost access to Eritrea’s port, an existential crisis for a landlocked country. Since then, Ethiopia has overwhelmingly relied on Djiboutian ports to process its imports and exports: some 95 percent of Ethiopian imports transit through Djibouti. Djibouti, too, relies on its larger neighbor, from which it imports freshwater and electricity.

Profits from Ethiopia’s use of Djiboutian ports—estimates top $1 billion annually—are a key source of Guelleh’s government revenue. But Ethiopia finds this arrangement deeply flawed and is interested in more diverse, and better, deals for port access. The United States, as well, is deeply dissatisfied with Guelleh’s partnership. Specifically, his penchant for extracting costly rents from as many foreign militaries as possible, including allowing a Chinese military base just kilometers from the US one, has left the United States discontented.

Eritrea and Djibouti have a more restive history, and unresolved tensions could flare up again. Djibouti’s western border with Eritrea has been militarized since the end of border clashes in 2008. Qatar attempted to mediate the dispute, and it even managed to facilitate a 2016 prisoner swap before withdrawing its peacekeepers from the Eritrean-Djiboutian border in protest of both countries’ decision to side with Saudi Arabia and the United Arab Emirates (UAE) in the Gulf crisis.

Djibouti’s shipping and land lease profits directly supplement Guelleh’s tight political control over the country. The Chinese will reportedly pay $20 million a year until 2025 for their base, though that figure does not include more than $1 billion in Chinese loans. The Americans pay some $70 million annually for at least another six years, and the French pay another $30-plus million yearly for their military facility.

These profits contribute to what appears to be a booming economy: Djibouti’s annual GDP growth is expected to remain around 7 percent into the near future. But despite Djibouti’s ostensible riches, most of the country remains desperately poor, underdeveloped, and subject to Guelleh’s authoritarianism. Nearly a quarter of the population lives in extreme poverty, and Djibouti ranks abysmally on political rights and civil liberties.

Ethiopia-Eritrea peace talks are bad news for Guelleh, who has staked his country’s growth on its role as the port of choice for economic giants like Ethiopia. Assuming normalization efforts continue, Ethiopia could soon have the option to use Eritrea’s ports, which are closer and more convenient than Djibouti.

While it is unlikely that Ethiopia will cease using Djiboutian ports altogether, it will have options—and thus will be less inclined to settle for usurious port usage rates. Eritrea may even prove a welcoming partner to foreign militaries, as the country previously allowed Emirati use of its port at Assab to prosecute the war in Yemen. One constraint on Ethiopia’s turn away from Djibouti, however, is its imperative to pay back nearly $3 billion in Chinese loans for the newly opened Addis Ababa-Djibouti railway.

Lastly, if foreign militaries follow Ethiopia’s lead and diversify their security partners, Guelleh will rapidly lose a key source of income, making the four-term president vulnerable to longstanding grievances about his government’s corruption and repression. Once his resources dry up, the little political support he has been able to cajole or co-opt will likely follow. 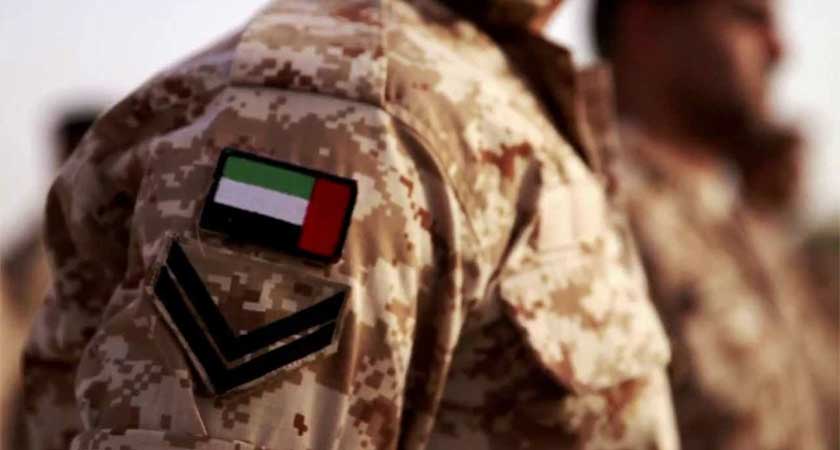 In recent years, the UAE’s increasing interest in the Horn of Africa adds a new complication to Djibouti’s predicament. The UAE has acquired rights to a naval base in Eritrea, a military base and commercial port in Somaliland, and a multi-purpose port in Puntland. But relations between Djibouti and the UAE have been fraught since February 2018 when the Djiboutian government cancelled the contract of Emirati firm Dubai Ports World (DP World) to operate Djibouti’s main container shipping terminal. Early reports suggest that the UAE might have even played a role in the rapprochement between Ethiopia and Eritrea. The UAE’s growing partnership with Ethiopia—which recently acquired a 19 percent stake in the Berbera port alongside DP World and Somaliland—is also noteworthy evidence of regional diversification.

While it is unfortunate that Guelleh perceives normalization with Eritrea as a zero-sum game, he has some reason to be nervous that Addis Ababa and Asmara are warming up to one another. The faster they normalize relations, the faster Djibouti’s strategic advantages disappear—and with them, Guelleh’s cash flow. Resolving a decades-long conflict between Ethiopia and Eritrea would strengthen overall regional stability and open new doors for economic trade and prosperity. But there are very real losers in that scenario, and the opportunity to spoil the well-deserved peace should be carefully scrutinized.