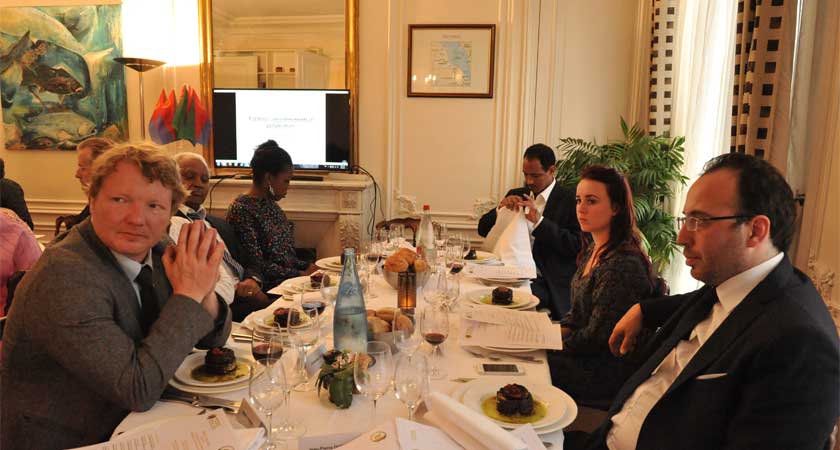 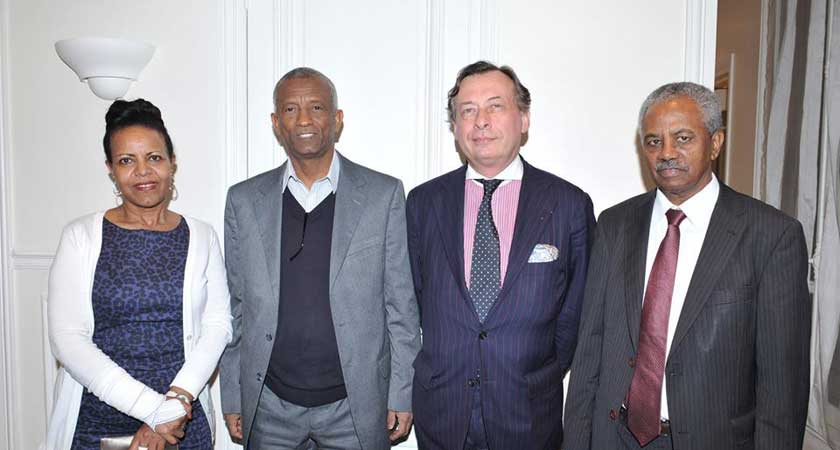 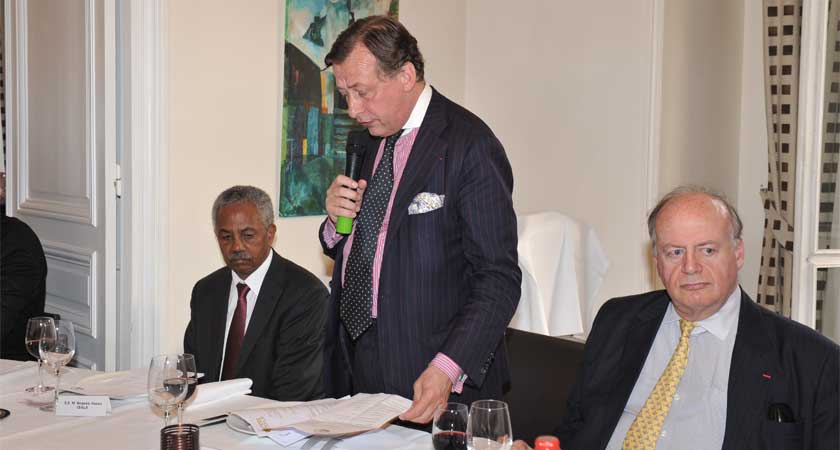 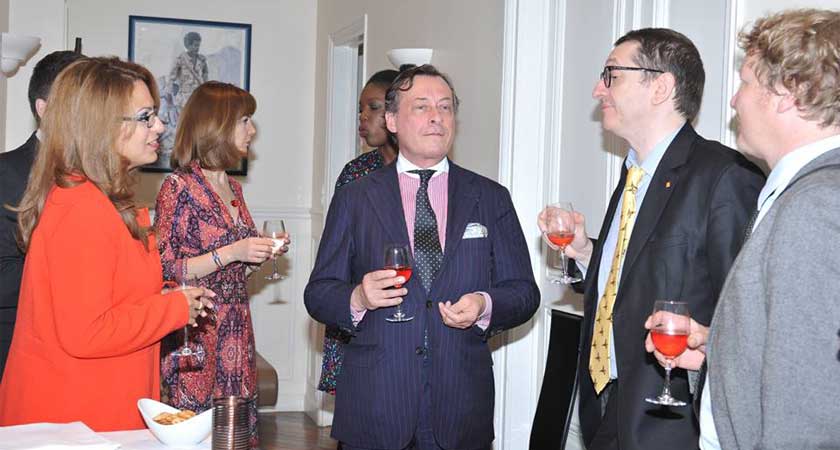 The Embassy of the State of Eritrea in France launched its France – Eritrea Investment and Partner’s Forum, within an overarching event that was designed to bring together existing friends and partners of Eritrea as guests and speakers.

About 40 friends, diplomats, investors and Eritrean counterparts attended the event, which took place at the Embassy of the State of Eritrea in Paris.

The strategy of using existing friends to promote Eritrea’s success in a multitude of sectors allowed the objective to be met. The event thus created an opportunity of raising awareness of the various avenues of development. The forum was also an opportunity for guests to meet each other and provided an informal platform for discussion.

The event brought to the fore diverse speakers including H.E. Hanna Simon, Eritrean Ambassador to France and Mr. Sebastien Crozier, Vice President of Orange telecommunication LTD. The speeches were entirely varied in content, contributed to creating a positive perspective of Eritrea while underlying the relationship building objectives of the Government of Eritrea and also gave an insight into the efforts of the nation.

Ambassador Hanna Simon presented an overview of the present situation in Eritrea, development activities and prospects and various issues related to the nation building process.

In her brief outline, the Ambassador gave an insight into the resolute rebuff of the Eritrean people against the sanctions resolution, the effort going on to strengthen national capacity, food security, improvement of the quality life, human capital investment and the establishment of local governance systems in support of the grassroots democratic process in the country.

In addition, she elaborated on the investment development potential that existed in Eritrea.

At the end of her speech, the floor was opened for questions, which were addressed to the Ambassador and allowed for further discussion on the specific content from some of the speeches. This enabled to further reiterate the suitability of Eritrea in a variety of capacities including investment, tourism and diplomatic relations.

The other speeches during the occasion also included the following:-

Mr. Sebastien Crozier, in his speech highlighted the exemplary struggle waged by the Eritrean people for independence and gave an account of his continuous support, he admired the perseverance and spirit of Eritreans, gave his continued support for Eritrea’s development and raised several development issues, prospects of development and the role it can play in the future economic development of Eritrea.

He further gave an explicit explanation the promising growth in the country and its achievements.

The event was also cleverly set to an ambience of traditional Eritrea and added to the cultural feel of the reception through a variety of interventions. The cultural coffee ceremony, with the Eritrean music playing in the background and a slideshow of the nation building process, and the exotic traditional Eritrean food gave a true feeling of Eritrea during the occasion.

The event was ended with a closing remark from Ambassador Hanna Simon highlighting the Food Security Programme that has been established and thanked all guests, friends and supporters.