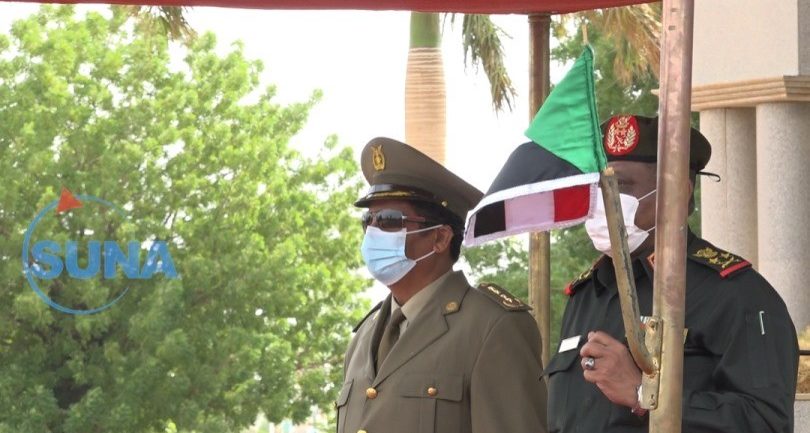 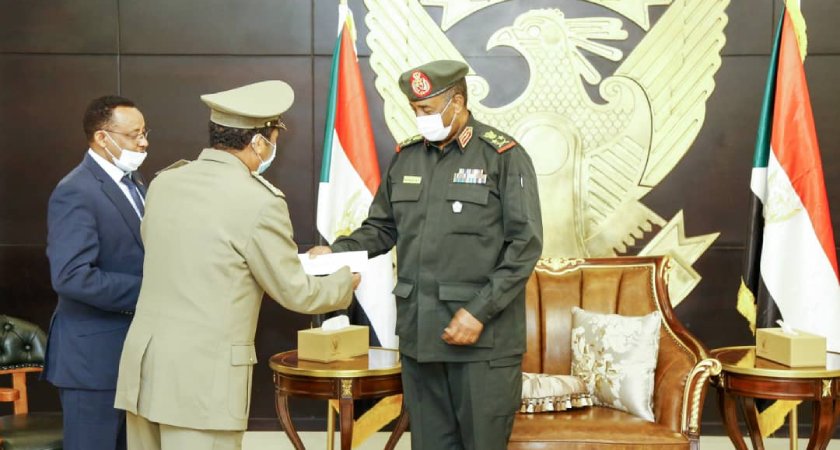 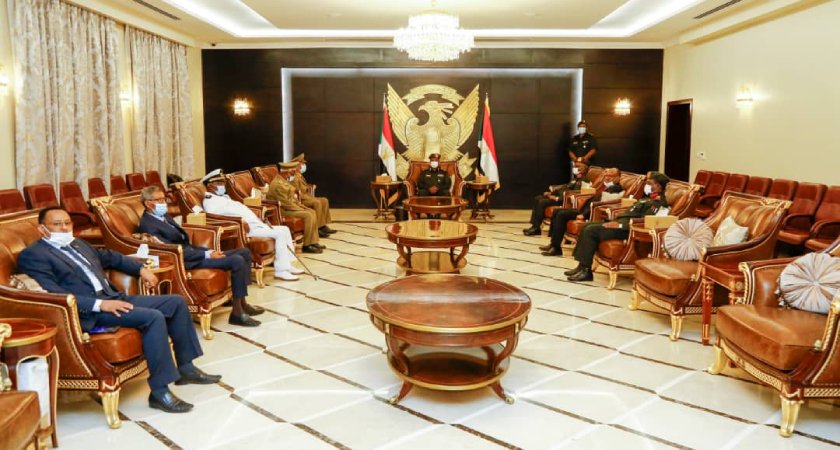 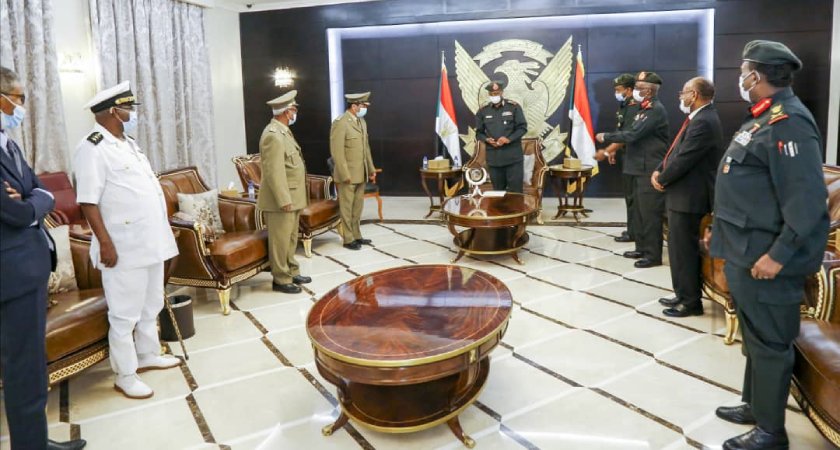 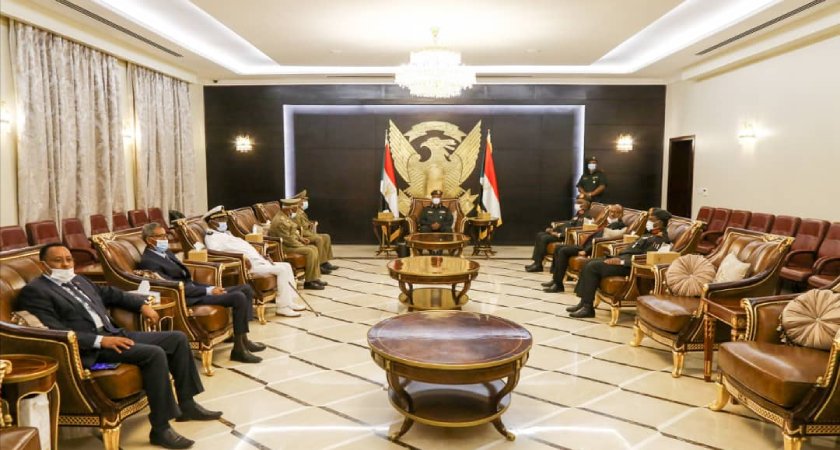 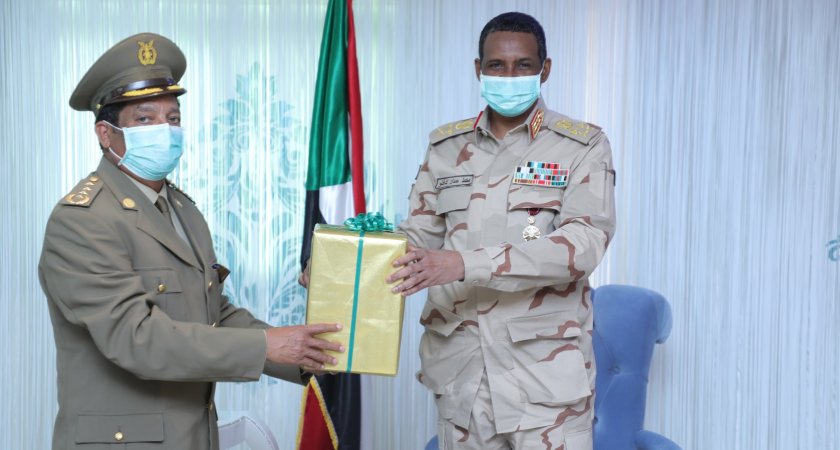 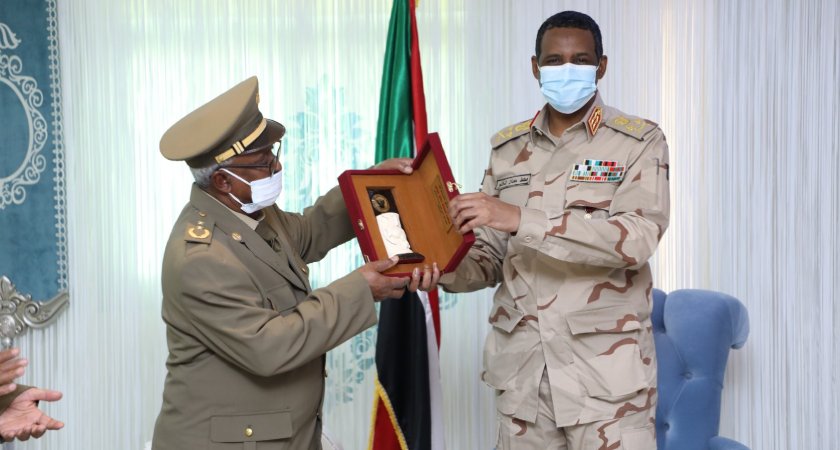 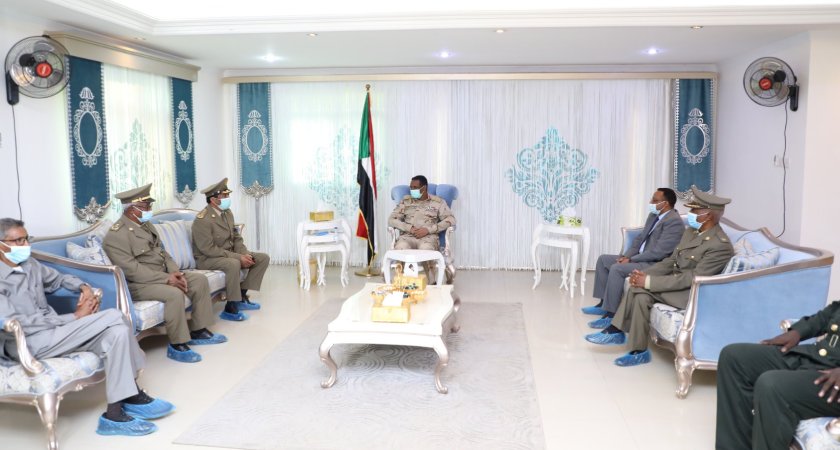 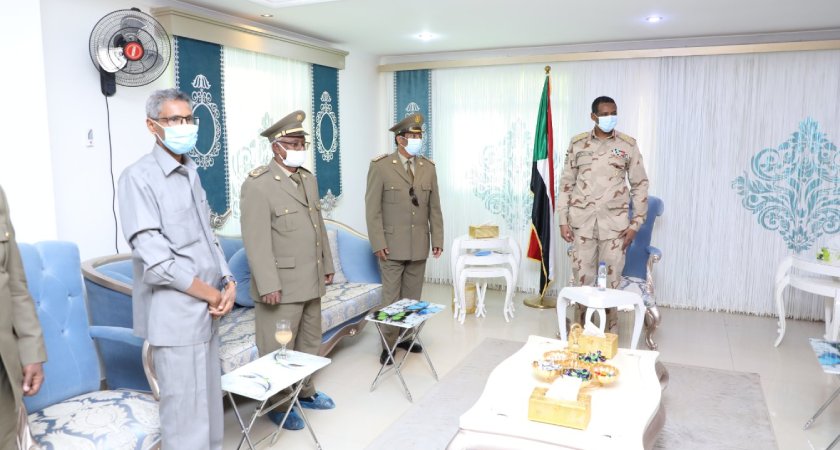 The Eritrean Chief of Staff, General Filipos Weldeyohans, and the Chairman of the Sudanese Joint Chiefs of Staff Lt General Muhammad Othman Al-Hussein today held a session of joint talks in Khartoum.

General Philipos and his delegation arrived in Khartoum yesterday in the afternoon hours for mutual security consultations between the two brotherly countries.

At the meeting, Gen. Abdul Fattah Al Burhan expressed appreciation for the close and all-rounded relation that exists between Eritrea and Sudan.

Gen. Abdul Fattah said that the visit of the high-level delegation of the Eritrean Defense Forces attests to the strong relations between the two countries and thanked Eritrea for its support during Sudan’s challenging transition period.

General Flipos on his part expressed appreciation for the hospitality accorded to him and his delegation.

The Eritrean military delegation today, 21 July, met and held talks with First Deputy Chairman of the Sovereign Council of Sudan, Let/ Gen. Mohamed Hamdan Dagalo on the enhancement of bilateral cooperation in defense and security issues.

The visit by the Eritrean chief of staff will last for several days.

Lieutenant General Abdel Fattah Al-Burhan Abdul Rahman, Chairman of the Transitional Sovereignty Council and Commander-in-Chief of the Armed Forces, received a written message from Eritrean President Isaias Afewerki, related to bilateral relations between the two countries in the fields of military cooperation and ways to enhance them.

The Chairman of the Sovereign Council received the message at his residence this evening from the Chief of Staff of the Eritrean Defense Forces, General Philipos Weldeyohans, who is visiting the country at the head of a high-level delegation, in the presence of the Director General of the General Intelligence Service, Lieutenant General Jamal Abdel Majeed and Deputy Chief of Staff for Supply Corner Magdy Ibrahim, next to the Asmara ambassador to Khartoum.

A high-level delegation of Eritrea's Armed Forces (EDF), led by the Chief of Staff, General Philipos Woldeyohannes, today met in Khartoum Sudan's President of the Sovereign Council, General Abdul-Fattah al-Burhan, and delivered the message from President Isaias to his counterpart pic.twitter.com/ksqLy9yAUV

The Sudanese President expressed gratification at the close & all-rounded ties that exist today between the two countries – as indeed manifested by the current visit of the high level EDF delegation -& thanked Eritrea for its support during Sudan's challenging phase of transition pic.twitter.com/EwBlBMS87g