In the annals of Eritrea’s revolutionary war, September 1st marks the first military engagement between Eritrean combatants and the Ethiopian Army. It was on September 1, 1961, that the first shot was fired in the liberation of Eritrea when Hamid Idris Awate and his men exchanged fire with the colonial Ethiopian Army at Mount Adal, Eritrea. The day’s events were to be repeated all across Eritrea on countless blood-soaked battlefields over a thirty-year period (1961-1991).

Over the thirty-year period, the Eritrean people and their combatants knew as Tegadeltis formed the most formidable and vaunted national liberation army the world has ever seen.

I once sat next to a State Department employee by happenstance on a Metro train ride while visiting Washington, DC. The Metro train is very popular as a means of transportation with federal workers in the District of Columbia. Upon learning that I am originally from Eritrea, the State Department employee seated next to me informed me that Eritrea’s national liberation struggle is the tape measure by which the State Department judges all other aspiring national liberation struggles. A gold standard of sorts if you will.

During our conversation, the person informed me that the Palestinians, for instance, have only eight more years to go before they achieve independence compared to Eritreans. I, of course, asked what the person meant by that because it didn’t make any sense to me. It turns out the State Department started the countdown for Palestinians at the signing of the Oslo Peace Accord in 1993. You can do the math and figure out what year my train ride was.

I felt a tinge of pride upon learning that Eritrea’s Revolutionary War is used as the standard, but I wasn’t really surprised at all because I knew the heroism, tenacity, ingenuity, perseverance, and determination that the Eritrean people showed during Eritrea’s revolutionary war is unmatched in the annals of the national liberation struggles.

Eritrea’s revolutionary war remains without peers when it comes to its achievements and the tenacious national liberation struggle it waged against all odds to secure nationhood and sovereignty for its colonized people. 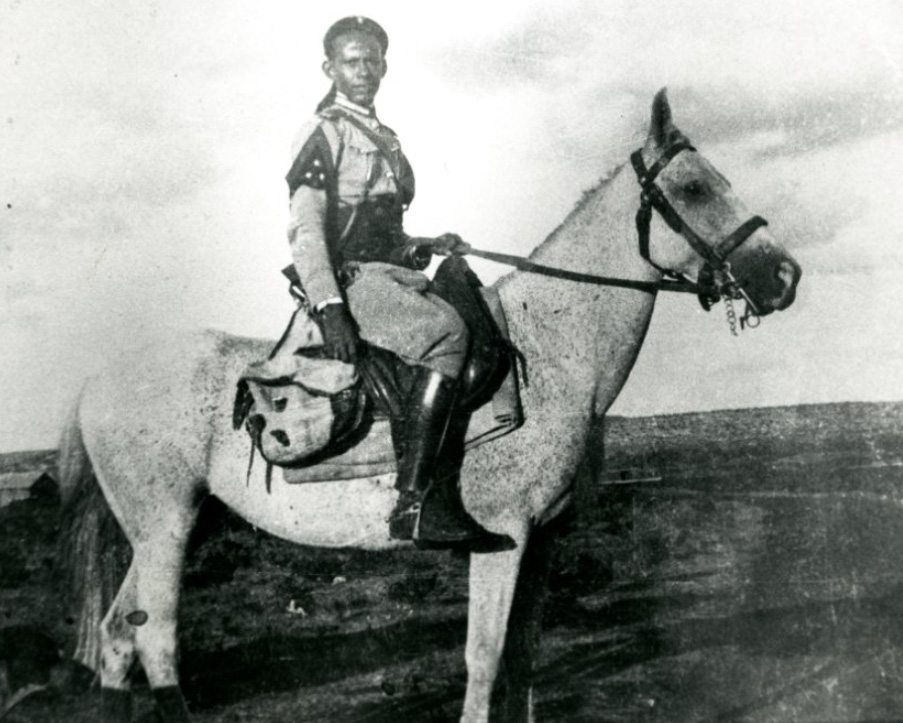 The Eritrean People’s Liberation Front (EPLF) founded in 1970 became the vanguard of the most formidable national liberation force the modern world has ever known. It operated a network of underground hospitals, factories, garages, and schools in the liberated areas it controlled while simultaneously engaging the Eritrean population at large in a social transformational change. At its peak, it commanded 90,000 battle-hardened troops equipped with modern battlefield weapons captured from the enemy.

The pitched battles fought in a conventional warfare in the liberation of Eritrea are among the largest battles fought on the African continent. Some battles such as the 1988 Battle of Afabet are ranked by historians as one of the most comprehensive defeats a colonial army has ever experienced on this globe. The 1990 Battle of Massawa is generally regarded as the largest tank battle the African continent has ever seen. Along the way, Eritrean combatants defeated seven large offensives that were designed to wipe them out “once and for all.”

One of the greatest, unheralded virtues of Eritrea’s Revolutionary War is the complete Geneva Conventions protection it extended to Ethiopian Prisoners of War (POWs). While Eritrean civilians were tortured in Ethiopian prisons, hanged in public squares and were brutally massacred in their homes, villages, and mosques by the colonial Ethiopian government, Eritrean liberation fronts had a strict policy of treating Ethiopian prisoners of war humanely. Even during periods when food was scarce, Eritrean liberation fighters gave their Ethiopian prisoners basically the same ration as their own fighters rather than allow them to suffer from malnutrition.

With respect to social transformational change, there too the achievements were many. EPLF, the self-reliant liberation front and successor to the Eritrean Liberation Front (ELF), welded Eritrea’s diverse citizenry – half Christian, half Muslim, from nine ethnic groups – into one of the most cohesive nationalist movements in modern history. It worked to liberate and empower women. Women’s equality strengthened Eritrea’s Revolutionary War as they made up one-third of the liberation army.

The center of gravity at the launching of Eritrea’s armed struggle for independence was the Gash-Barka region but over time moved to Sahel and gave rise to what is known as the “Nakfa Spirit” among Eritreans. The Nakfa Spirit refers to self-sacrifice and egalitarian values as well as fortitude and resilience in extremely difficult, demanding and impossible situations.

September 1st (Bahti Meskerem) launched the armed struggle for Eritrea’s independence. In essence, September 1st started the birth pangs of a sovereign Eritrean State that some of us take for granted today. As such, September 1st is a national holiday on the Eritrean calendar on par with Independence Day and Martyrs’ Day.