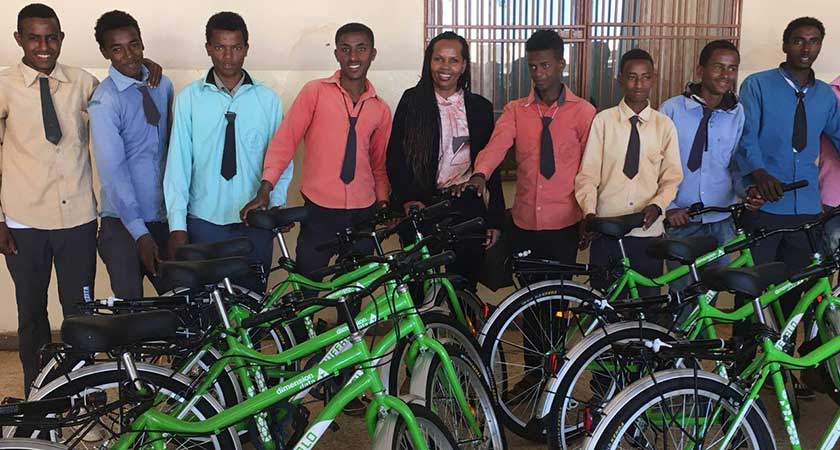 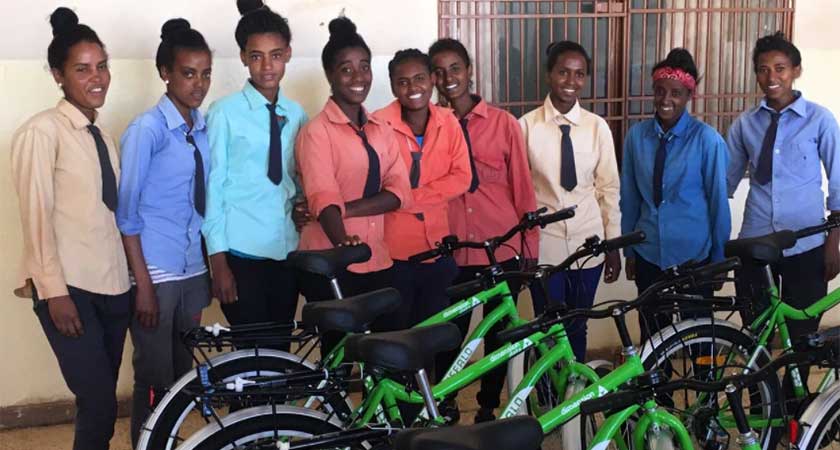 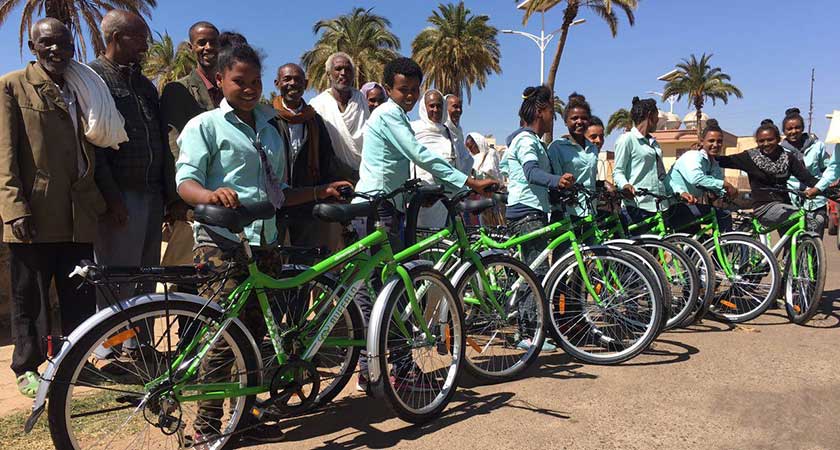 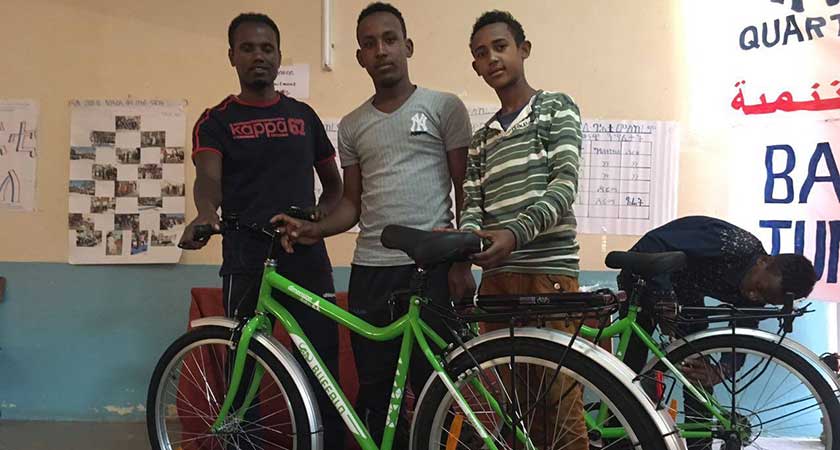 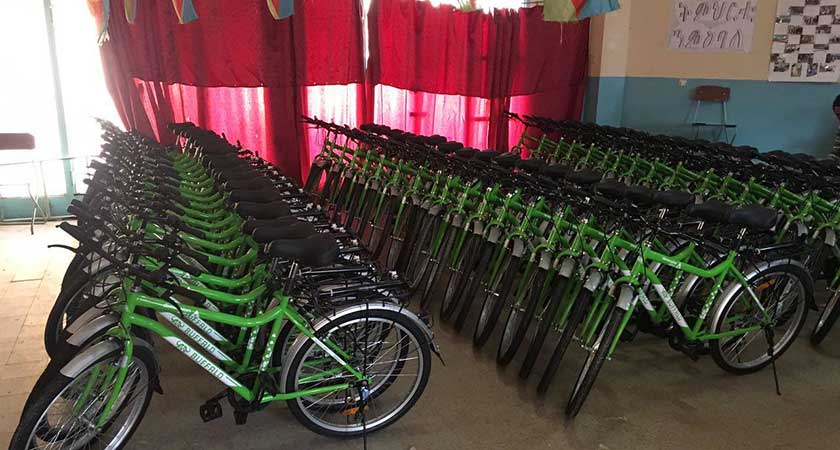 Qhubeka, a NGO based in South Africa, distributed 708 bicycles to Eritrean students, through the Qhubeka scholar mobility project. The 708 was an addition to 220 bicycles distributed via the same initiative in 2015.

UNDP played a facilitating role and linked Qhubeka with the government institutions concerned and community beneficiaries.

The Qhubeka bikes for education empowerment program in Eritrea is partially funded by the annual 50 Mile Ride for Rwanda, a fundraising initiative organized by Team Rwanda Cycling aka Team Africa Rising, and partners. The fundraiser takes place in the USA and supports bikes for education and economic development in African countries.

Through a telephone interview, Ms. Kimberly Coats, the Marketing Director of Team Rwanda Cycling and a key partner behind the success of this initiative, said that their priority is education (SDG 4) and this initiative provides a good opportunity for students to invest more time in their studies.

Team Rwanda Cycling chose to work with Qhubeka due to their involvement in professional cycling. Eritrea is the home of well-known cycling champions in Africa such as Daniel Teklehaimanit, Natnael Berhane, Mekseb Debesay and Merhawi Kudus.

In his opening remarks, Mr. Mehari Mengisteab, Director, office of the Minister (Education) said that the earlier consignment of 220 bicycles had helped boost school attendance and enabled students to dedicate more time to their studies. He said that the 708 bicycles will be distributed equally to boys and girls in all the six Zobas (regions) of Eritrea.

On behalf of UNDP, Ms. Rose Ssebatindira, UNDP Deputy Resident Representative said that the success of the phase 1 of the scholar mobility project had prompted the second donation of 708 bicycles from the Qhubeka, Team Rwanda Cycling and other partners.

She also added that 50 students had been trained and equipped with bicycle repair kits. “The bicycles that we handed over were assembled by the trainees, who will be part of a dedicated team of bicycle maintenance and repair experts throughout the 6 Zobas.”

One of the parents from Adi Gebru in Zoba Maekel said that the students have been facing difficulties with transportation to and from school. A delighted Lia Ogbazgi from Serejeka in Zoba Maekel noted the gender balance (SDG5) amongst the beneficiary students and commended the organizers and partners for giving equal opportunities to boys and girls. She urged the students to work hard, so that in future, they can be part of the donor community, sending bicycles to other students in Africa.

Henco Visser, a Programme Manager at Qhubeka said that at Qhubeka, they believed that access to sustainable and affordable transport is the foundation that allows a connection to opportunities because bicycles help people to travel faster, further, carry more and access more options. With bicycles, people have faster access to healthcare and education facilities.

Students, representatives thanked Qhubeka and partners for the bicycles; UNDP and, the National Union of Eritrean Youth and Students (NUEYS) for covering their expenses while they undertook training in Asmara. Hopefully, this initiative could spread its wings in Eritrea, allowing youth centres for bicycle assembling and repair thus contributing to job creation (SDG8) and youth empowerment.