“We will hunt and bring them to justice as far as they are accused of committing crimes,” the Prime Minister said in a statement issued today.

“It is impossible to escape after committing crimes and to lead a lavish lifestyle by stealing public property,” he said in statement which focused on human rights protection in Ethiopia.

“We should not permit criminals to sleep peacefully. They should face justice,” he indicated.

He said “we need to amend laws and build democratic institutions to avoid the recurrence of the gross human rights abuses committed in the past and to close doors that lead to robbery and dictatorship.”

The reforms launched with in the justice system, electoral board, media houses, defense and security organs, as well as police and prison administrations are intended to prevent the repetition of such type of crimes, he said.

The reforms will proceed to other institutions in the future, he said.

TPLF Leader to PM Abiy: You’re Not a Reformist 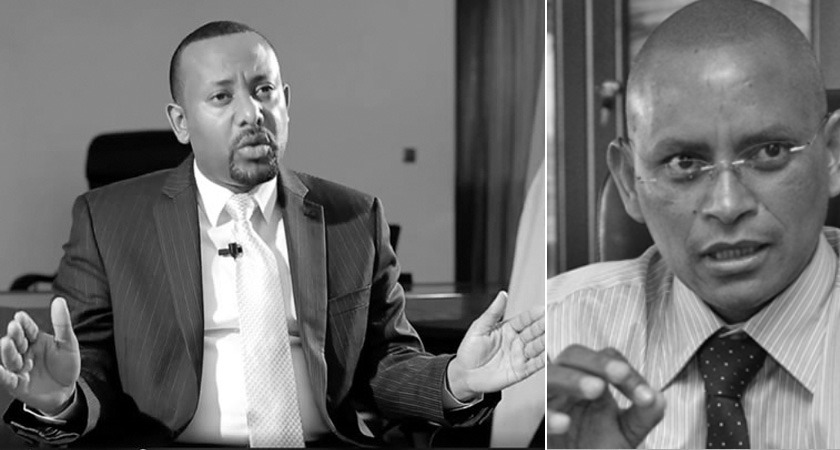 Leader of the Tigray Peoples Liberation Front, TPLF, says Ethiopia’s Prime Minister Abiy Ahmed could not be labeled a reformist because he was presiding over chaos.

The latest round of ‘attack’ by Debretsion Gebremicheal was during an address at a regional rally held across the northern Tigray region over the last weekend.

Dubbed the ‘Respect the Constitution,’ rally, protesters waved the national and regional flags amid calls for the government to stop alleged targeting of Tigrayans in a corruption and human rights crackdown.

PM Abiy who came into office in April 2018 has been tagged a reformist for changing the political, democratic and diplomatic landscape of a country that was stressed by incessant anti-government protests.

The protests which were concentrated in his home region, Oromia, have since cooled amid a raft of reforms strongly hinged on a call for peace and unity. More recent protests in Oromia are demanding government gets a grip on rising insecurity that has led to deaths and displacements.

The November 8 rally was the second such in a matter of weeks. During the first, the Tigray chief cautioned against what he said was a political attack on Tigrayans.

The arrests… targeting individuals accused of corruption and human rights has veered from course and is being used to bring Tigrayan people to their knees,”

“We do not compromise on the issue of rule of law, all of us should be accountable for our actions, but the mass arrests should not be used as a cover for political aims,” Debretsion warned.

TPLF is one of four blocs of the ruling coalition, the Ethiopia Peoples Revolutionary Democratic Front, EPRDF. The others are the Oromo Democratic Party, the Amhara Democratic Party and the the Southern Ethiopian People’s Democratic Movement, SEPDM.