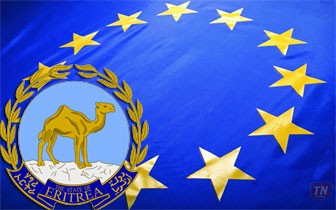 THE European Union this week announced its plan to resume a multi-million-euro development package to Eritrea.

Neven Mimica, the EU Commissioner for International Cooperation and Development told Reuters that the package will help Eritrea to finance development projects on energy and other sectors.

The EU hopes development aid to Eritrea will help in reducing the growing number of Eritreans attempting to reach Europe by addressing first the social and economic hurdles in the country.

“In that context in Eritrea, we see that we need to assist such processes that would be beneficial for the overall advancing of the human rights and democracy framework, but also that would address the long-term development needs,” Mimica said.

To discuss on the implementation of the plan, the EU already sent a delegation to Eritrea led by the Italian Foreign Ministry and International Cooperation.

The delegation will held talks with Eritrean counterparts on the plan as well as on means to consolidate further the existing bilateral ties.

It is to recalled that the last time the EU approved a major aid package to Eritrea was in 2007, worth EUR 122 million ($130 million) over a six-year period.

In 2011, however, Eritrea notified the EU its intention to close all ongoing programmes under the European Development Fund until it fully review and finalize its five-year National Development Plan. All ongoing development programms worth EUR 118 Million thereby be cancelled.

Eritrea is a relatively small country with 6 million inhabitants and a GDP per capita of US $543 and one of the lowest Human Development Index rankings at 177 out of 187 countries and territories. Ironically, the country receives the least development aid per capita and is now making significant efforts to boost private sector investments as well as human capital development through partnership and the principles of self reliance.