A three day International Conference on Eritrean Studies (ICES) commenced yesterday, July 20, at Asmara Palace at the presence of senior Government officials, diplomats, scholars from inside the country and abroad as well as invited guests.

In an opening speech he delivered Mr. Yemane Gebremeskel, Minister of Information, underlined on the importance of indigenous research in all areas of relevance and its positive correlation to the challenges and exigencies of national development. He further indicated that the Government of Eritrea has since long recognized the pivotal role of research in its development efforts.

Mr. Yemane also gave extensive briefing with regards the Eritrean Government’s policies and challenges in all development sectors. He further reiterated that the International Conference can be seen as a trail blazer to set the tone and expand the scope of relevant research that can accrue meaningful dividends to the country’s development challenges.

The UN Eritrea Acting Resident Coordinator, Ms. Josephine Namboze said that during this relatively short period as an independent sovereign country, the process on nation-building for the Eritrean people has brought with it considerable success. She also expressed satisfaction that the UN has been able to support this conference.

The director of administration and international relations at the National Commission for Higher Education, Prof. Zemenfes Tsige, indicated that the objective of the conference is to create a forum where ideas, views, perspectives, paradigms are discussed and debated.

He further said that 130 distinguished scholars will present interesting and inspiring papers organized into 41 plenary, panel and parallel sessions. More than 450 scholars and invited guests are participating at the International Conference. 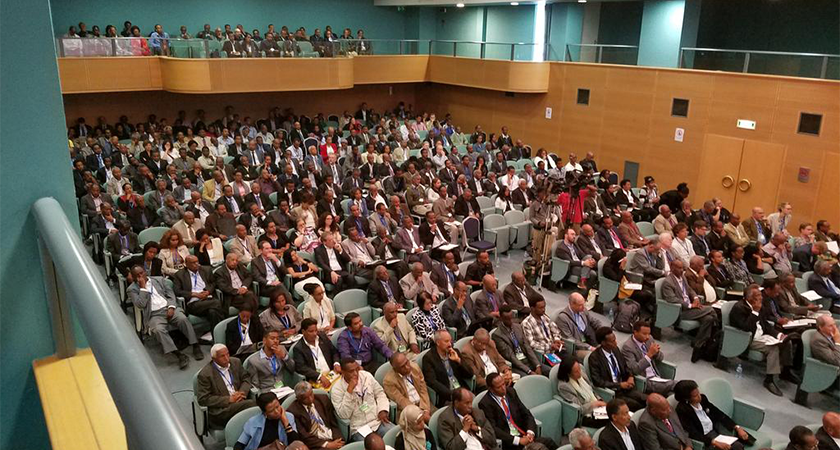 Different research papers with regards geopolitical, cultural, literary, historical as well as social and economic developments in Eritrea are being presented at the International Conference on Eritrean Studies that is being held at Asmara Palace.

The research papers are being presented by internationally renowned scholars from European, North American and African Universities as well as Eritrean scholars from the different colleges and public institutions.

Alongside the conference the resident Ambassadors in Eritrea also gave briefings on their experience while staying in the country and on the regional and global developments.

The International Conference on Eritrean Studies that commenced on 20 July will continue until 22 July, 2016.