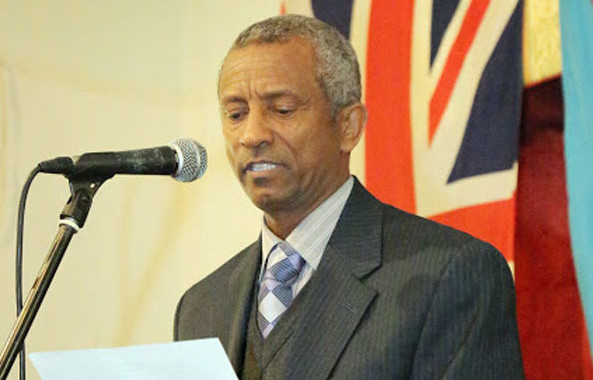 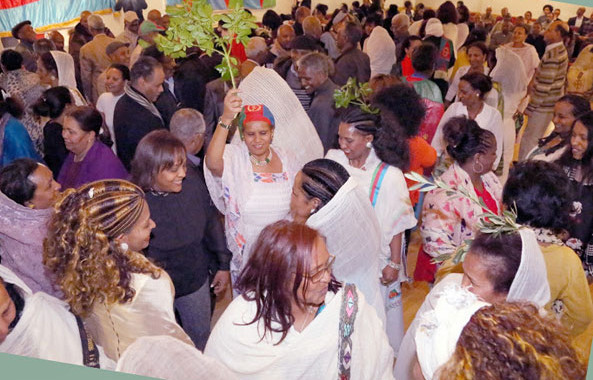 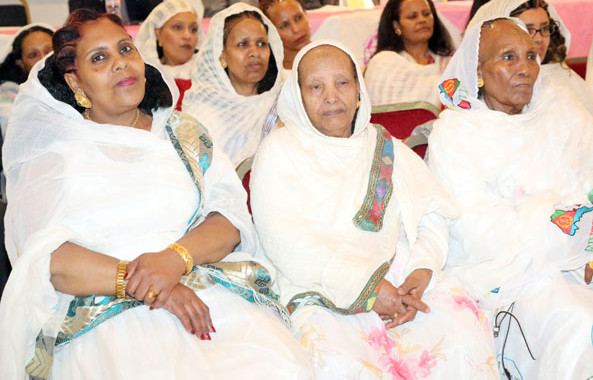 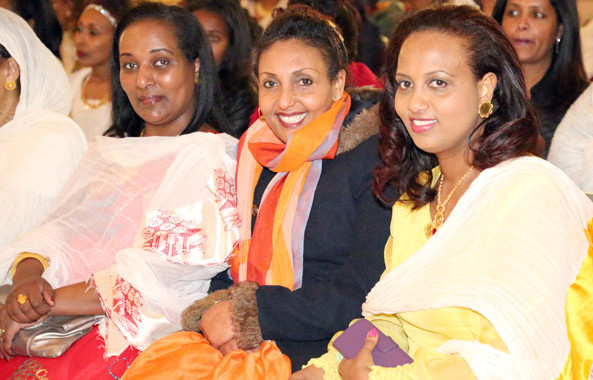 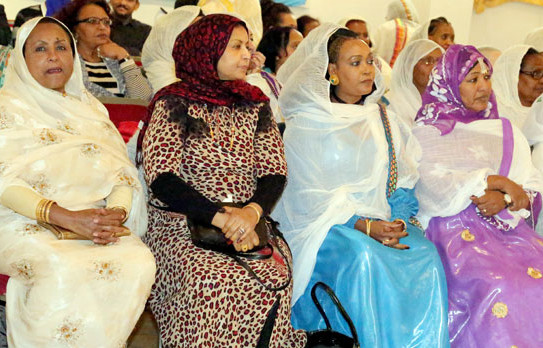 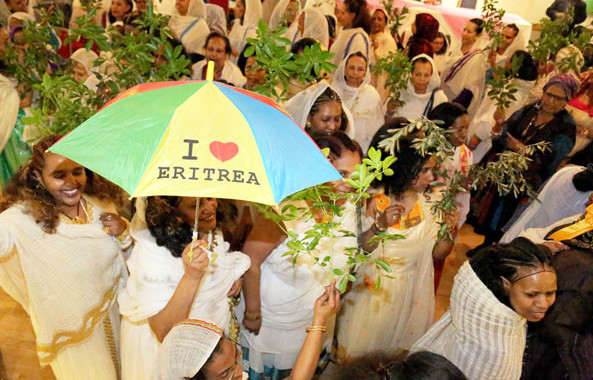 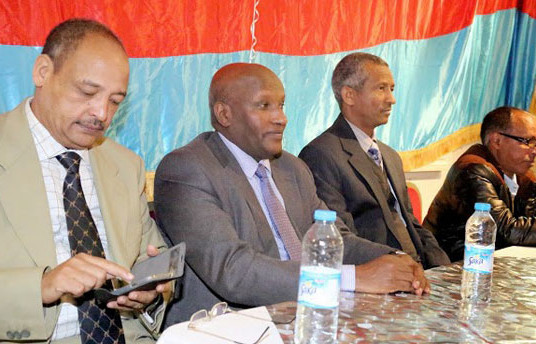 ERITREAN women in the United Kingdom (showed their solidarity) celebrated the International Women Day in London, Birmingham, Sheffield, Coventry, Nottingham and Manchester amid a variety of cultural activities, music poetry and other presentations. “Strengthen the efforts of Food Security, defeat the sanctions” became the resounding message of the moment in all the celebrations conducted.

The celebrations in London, Birmingham, Sheffield, Coventry, Nottingham and Manchester portray the great admiration and respect all Eritreans have for their gallant mothers and sisters.

The celebrations in London began with a moment of silence in remembrance of those who gave their lives for Eritrea’s freedom. Following that, Mrs.Hadas Kifle, Chair person of NUEW-London Branch welcomed everyone and presented the official NUEW statement on the occasion.

Representative of National Associations also congratulated the Eritrean women for all the hard works and outlined the many achievements made and challenges faced by the Eritrean women in the struggle to build a new nation based on equality and progress.

Speaking at the celebration in which invited guests and hundreds of citizens took part, H.E.Estifanos Habtemariam, Eritrean Ambassador to United Kingdom & Ireland highlighted the unparalleled contribution and heroism manifested by the Eritrean women in achieving the independence of the country, national development and safeguarding the nation’s sovereignty. He also congratulated the NUEW for its decisive role in building a new Eritrea leading based on gender equality.

Ambassador Estifanos Habtemariam further explained the special importance of this year’s International Women’s Day as it is being held at a time when Eritrean nationals inside the country and abroad have demonstrated their unity, resolve and determination, taking concerted action through strengthening their organizational basis and capacity in a bid to render the hostilities against Eritrea a further blow.

Poetry, with music by Eritrean artists entertained the guests all night.

According to reports dispatched Eritrean women in Birmingham, Sheffield, Manchester, Nottingham and Coventry similarly celebrated the day in a colorful manner, Members of NUEW-UK, expressed the readiness of members of the Union for the success of the national resolute rebuff.

Also at the celebrations held in Manchester, members of the NUEW branch asserted that the Day plays significant role in assessing the achievements and the challenges of the struggle waged by women to ensure their rights and roles in the Eritrean society. On the occasion veteran founders of the NUEWs used this celebration to pass on the torch to Eritrea’s new generation of women as a symbol of the need to transfer the basic values as cultural heritage.