On February 27, 2015, Ethiopian Ambassador to the UK, H.E. Berhane Kebede, wrote a lengthy letter to Lord Avebury regarding relations between Ethiopia and Eritrea as well as to explore if there are mechanisms out there that could be applied so that the court revisit its decision.

Surprisingly, Lord Avebury’s response was clear and to the point :

There are no mechanisms whatsoever to revisit the court’s decision and in fact the first step towards normalisation of relation with Eritrea is ONLY if Ethiopia unconditionally accept the final and binding nature of the Commission’s findings, as provided by the Algiers agreement. 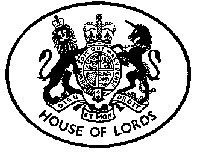 Thank you for your further letter of February 27 about relations between Ethiopia and Eritrea.

With respect, looking at the genesis of the armed conflict between the two states is not the route to arriving at a solution of their differences. The starting point should be the Agreement of December 12, 2000 between the Government of the State of Eritrea and the Government of the Federal Democratic Republic of Ethiopia. The Commission has a mandate “to delimit and demarcate the colonial treaty border based on pertinent colonial treaties (1900, 1902 and 1908) and applicable international law.”

Paragraph 15 of the Algiers Agreement provides that

The Commission made its determination on April 13, 2002 and the President of the Security Council, Sergey Lavrov (Russian Federation) said on April 16, 2002:

Ethiopia initially accepted the decision, but then objected to it because the Commission had placed Badme on the Eritrean side of the line. Professor Eli Lauterpacht, chairman of the Commission, who was a school friend of mine 71 years ago, told me a few years ago that there was no mechanism by which they could revisit their decision.

Since the determination and delimitation of the boundary is irrevocable, the first step towards normalisation of relations between your two countries must be Ethiopia’s unconditional acceptance of the Commission’s findings, as provided by the Algiers agreement.

Your reference to the border demarcations in other parts of the world are not relevant to this case. The Nigeria-Cameroon border for instance was not demarcated by an independent commission whose findings the parties had agreed would be final and binding. There was a Cameroon-Nigeria mixed Commission, established to implement an International Court of Justice Judgement regarding the demarcation of the boundary between the two neighbouring nations, a completely different process.

The placing of pillars, to which you refer, is not an essential requirement of the boundary demarcation in this digital age. Demarcation by coordinates, used by the EEBC, is more precise, and I should imagine it will replace the old-fashioned pillars entirely in future demarcation processes. The Iraq-Kuwait boundary was demarcated by coordinates as well as by a physical representation as long ago as 1992.

There is no question of ‘the two parties sitting down and discussing’ the demarcation on the border between them. The decision of the Lauterpacht Commission was ‘final and binding, and futile attempts to renege on that agreement have obstructed the resumption of normal relations between your country and Eritrea, at great cost to human life and economic development.

I should be grateful if you would convey my observations to your government.