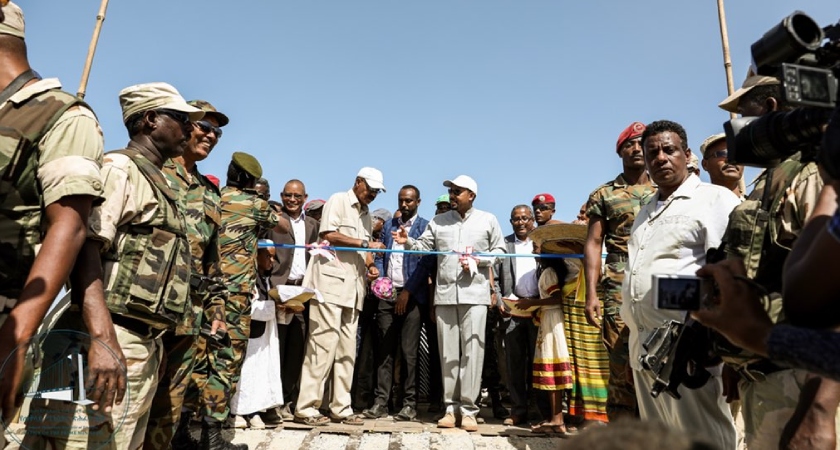 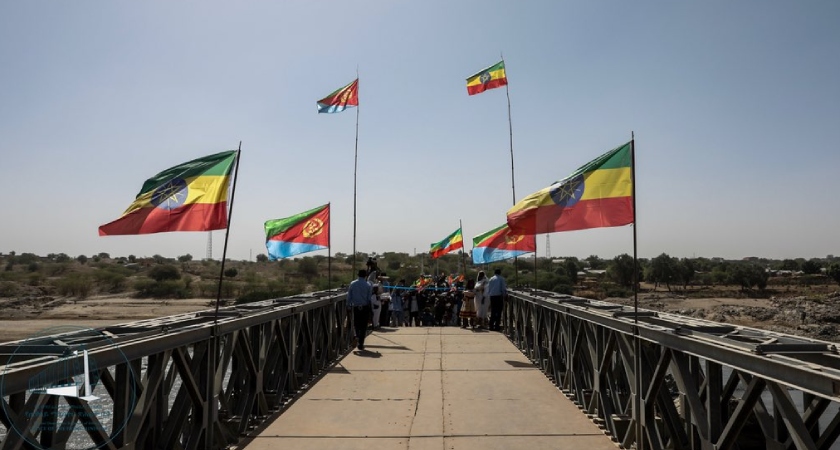 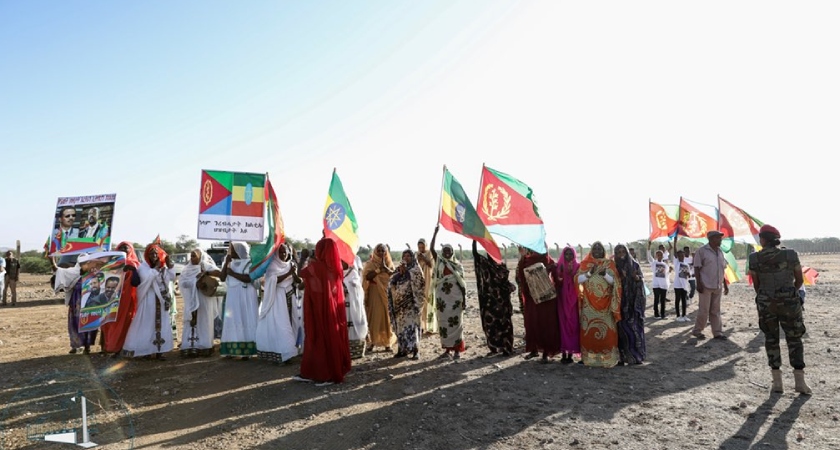 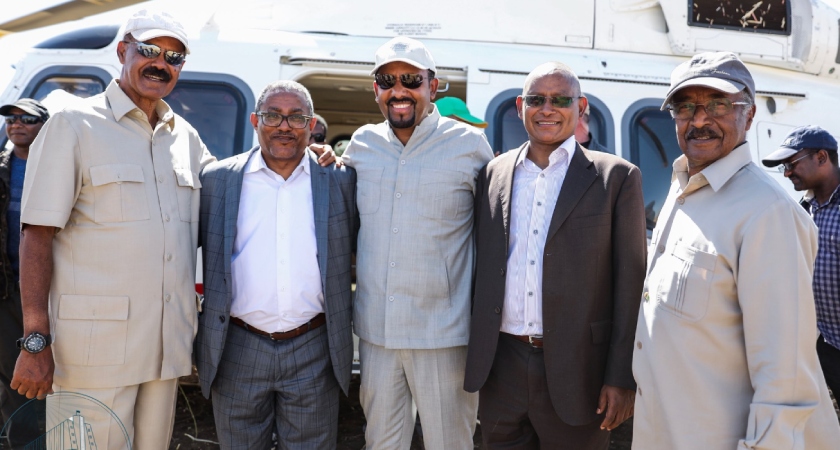 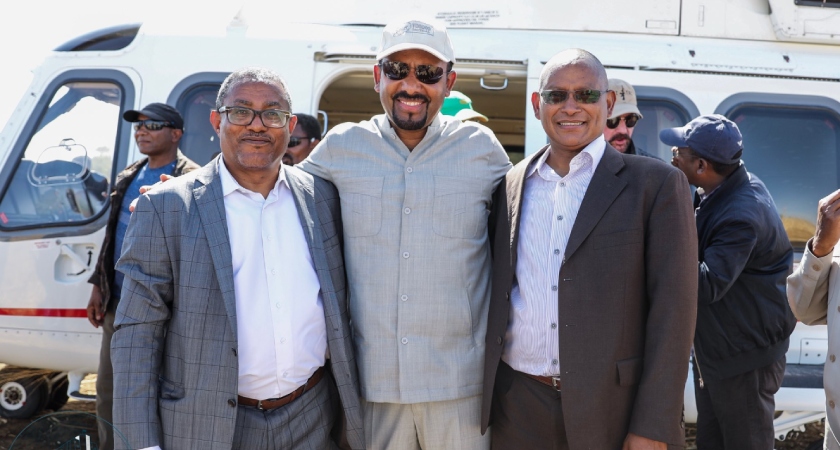 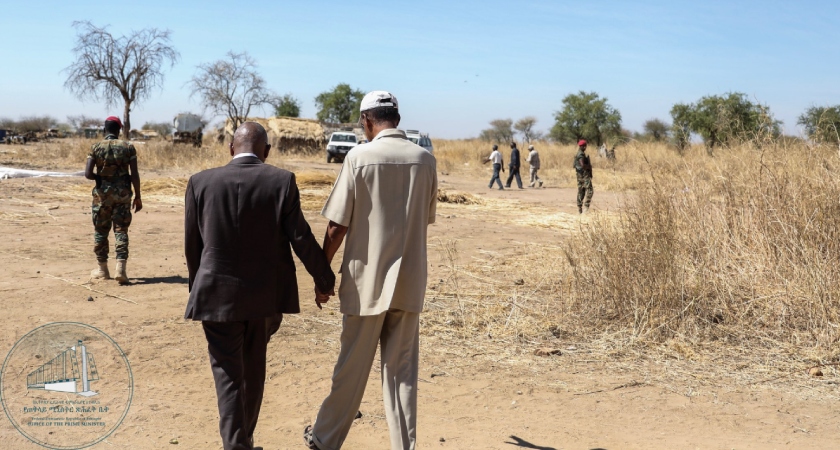 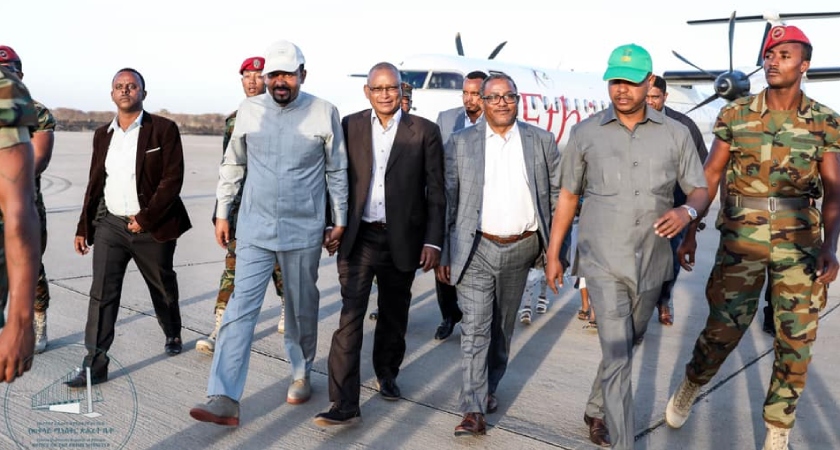 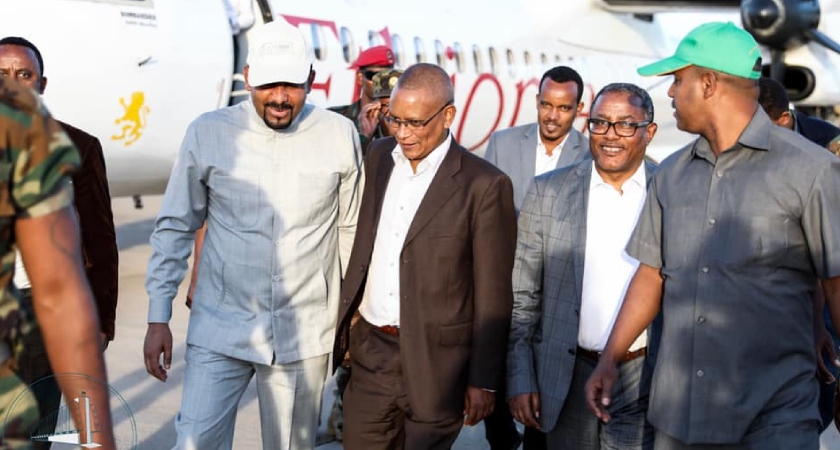 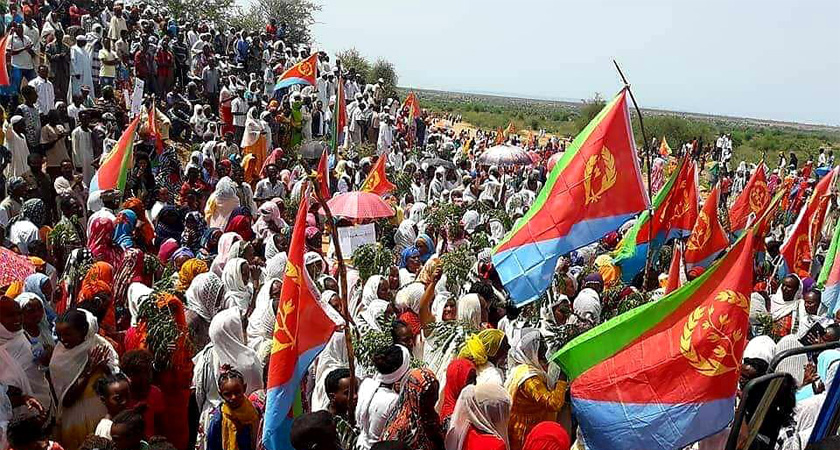 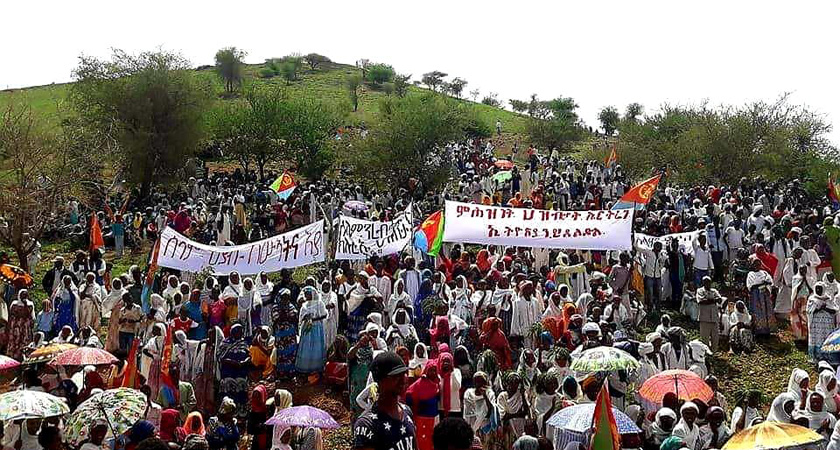 The Omhajer-Humera road that has been closed for 20 years is important road transporting people and goods from and to Eritrea and Ethiopia.

The event was attended by Minister of Foreign Affairs, Mr. Osman Saleh, Presidential Adviser, Mr. Yemane Gebreab, Commandor of the Western Front, Brig. Gen. Tekle Kiflai on the Eritrean side and,

The opening of the Omhajer-Humera road is in continuation of the similar opening of the three boarder points, i.e. Debaisima-Bure, Serha-Zalambessa and Adi-Quala-Rama, linking the two countries in accordance of the Joint Declaration of Peace and Friendship signed on 9 July 2018.

Upon arrival at the border point, the two leaders were accorded warm welcome by the residents of Omahajer and Humera, village elders, religious leaders as well as by members of the Armed Forces of the two countries.