PRESIDENT President Isaias Afwerki have arrived in Khartoum today to start his official state visit to the country.

He was greeted upon arrival at Khartoum International Airport by President of the Republic Field Marshal Omar al-Bashir and a number of state officials.

Sudan’s ambassador to Eritrea Magid Yusuf, earlier told SUNA that consultations had been ongoing between the leaderships of the two countries on matters of mutual concern.

Soon after, the two leaders continued their discussion at the Republic’s Palace on issues of bilateral relations and ways of enhancing cooperation between Khartoum and Asmara.

Sudanese Foreign Minister Prof. Ibrahim Ghandour, explained the visit as part of the previous visits and consultations on bilateral issues and economic cooperation in light of cultural, geographical and economic commonalities between the two countries and the two peoples.

FM Ghandour also said President Isaias wanted to congratulate President Bashir for the new presidential cycle after the successful election that reflects the choice of the people of Sudan. 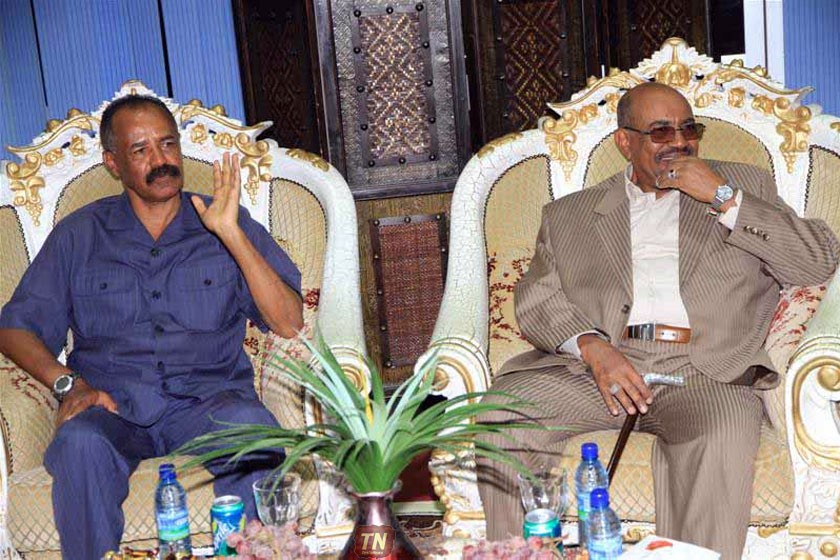