Prohibition of Freedom of Assembly – a Mockery of Jurisprudence 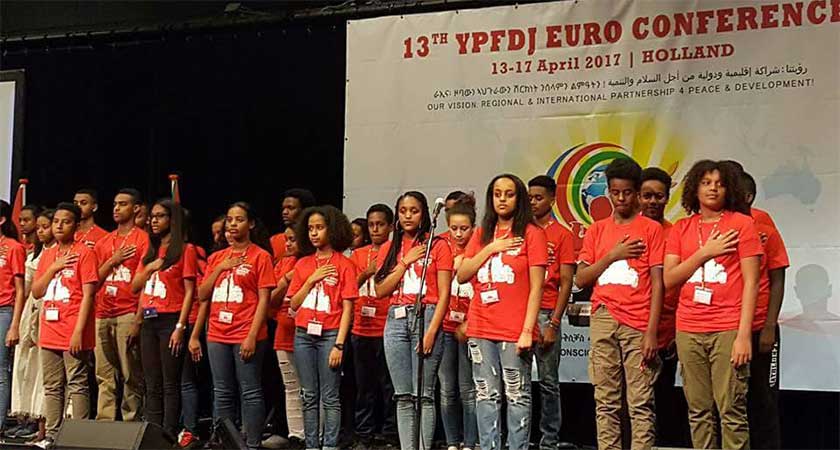 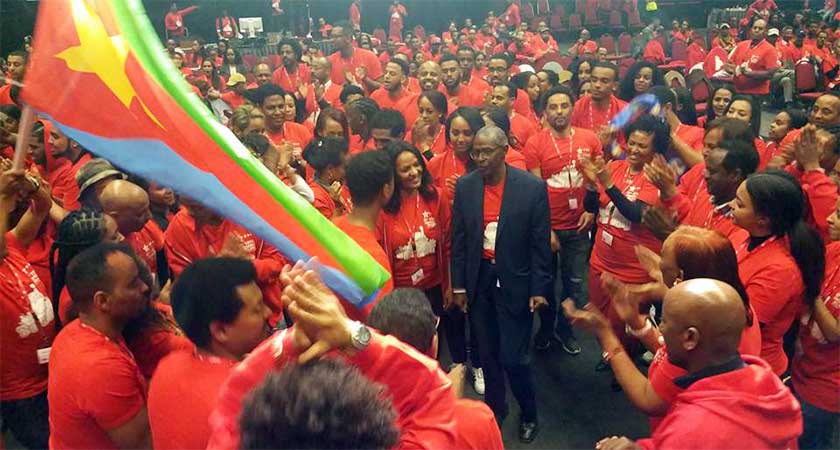 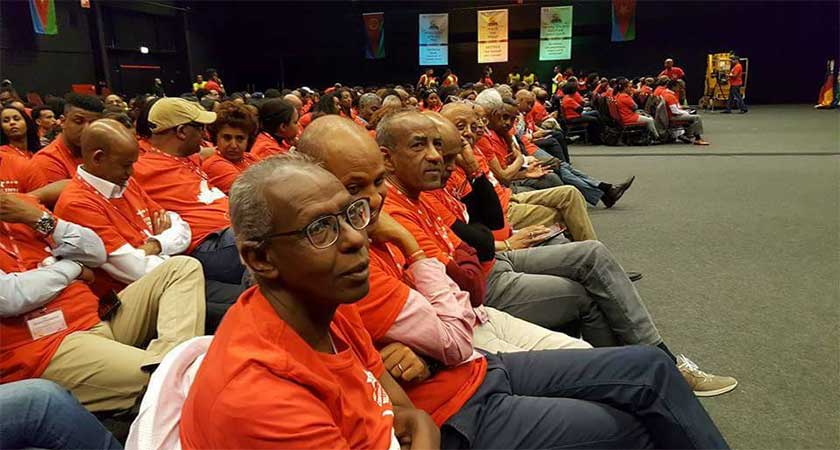 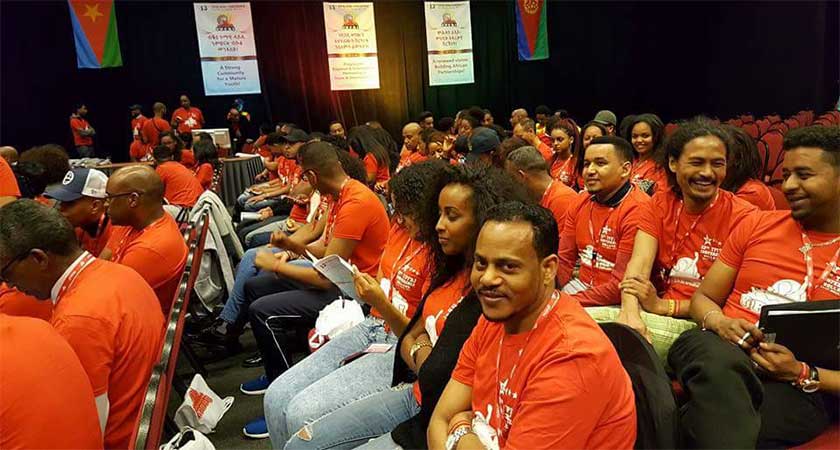 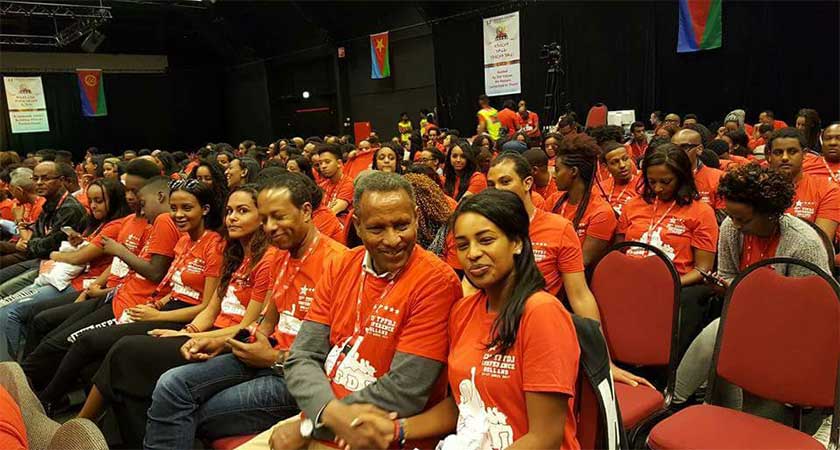 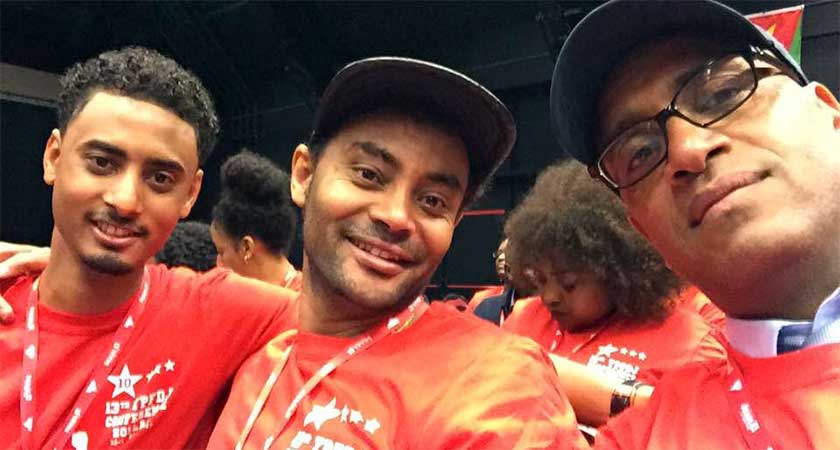 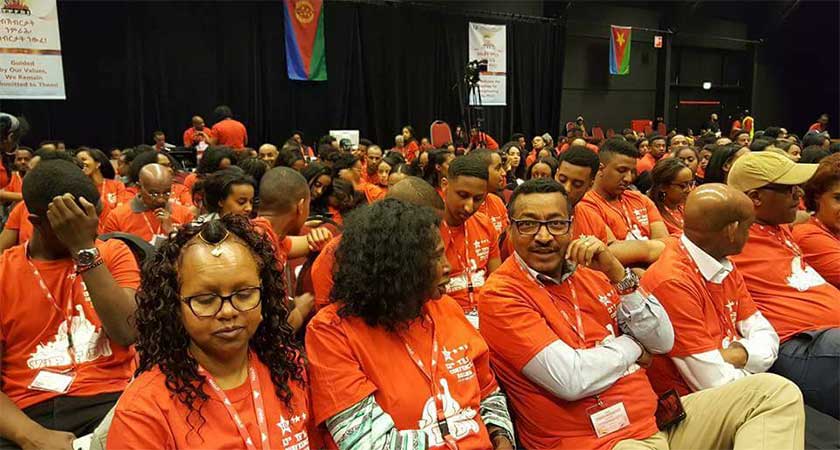 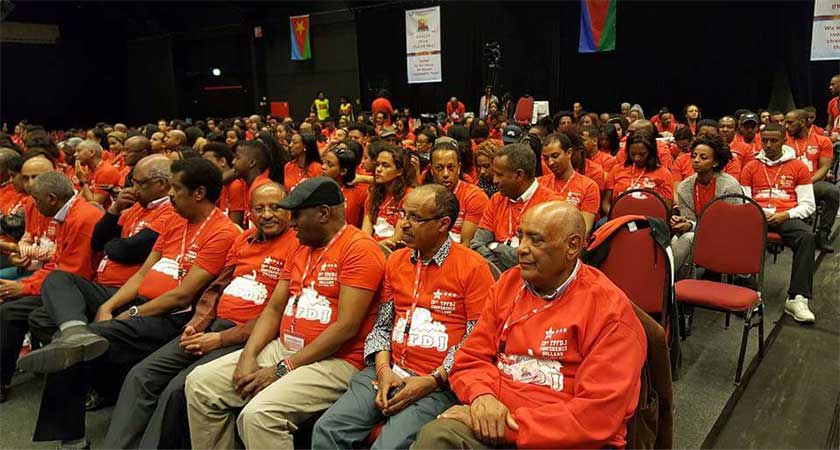 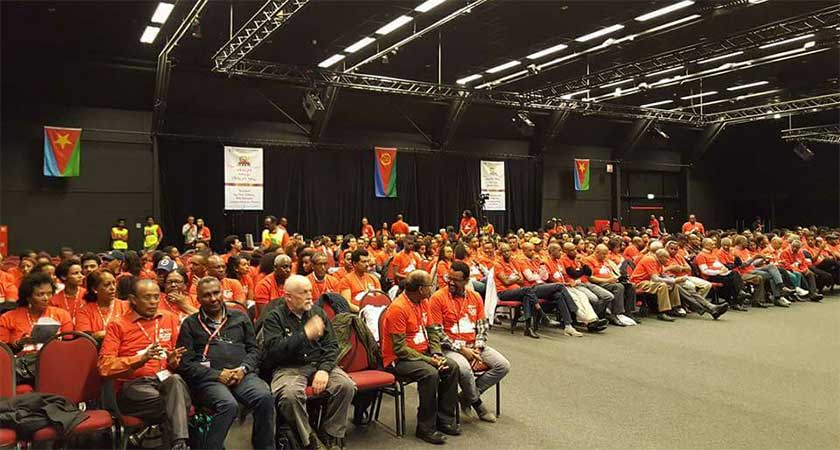 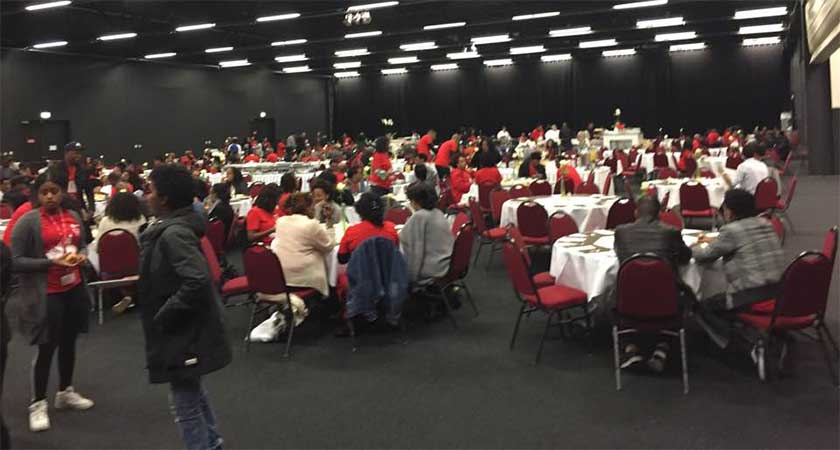 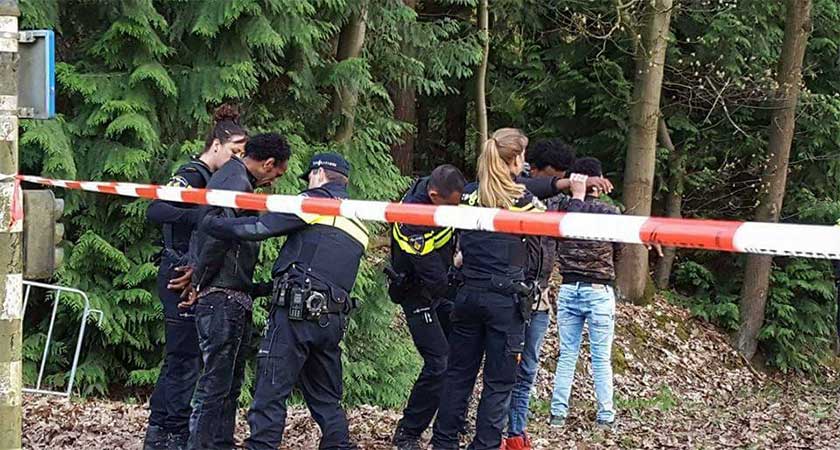 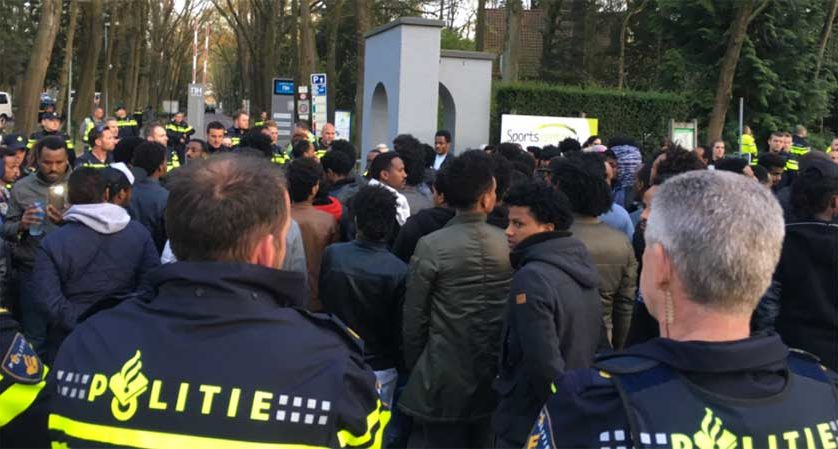 We have witnessed with shock and disbelief the injunction of the annual Eritrean diaspora youth conference a day after opening in a secluded hotel in the small town of Veldhoven in the province of Noord Brabant of the Netherlands.

In a healthy and fully functioning democratic society, freedom of peaceful assembly is permitted and judiciously protected. This is almost a universally honoured principle and needless to say the Netherlands is not an exception.

In fact the Netherlands is portrayed as of one the liberal, open and tolerant countries with the tradition of jurisprudence protecting human rights and civil liberties.

But if the events of this past week are anything to go by, the standards shown in the protection of this core pillar of a functioning democracy, is much to be desired. At times how wrong we could be and it would seem ‘what you see is not necessarily what you get’!

To our astonishment, a court in the province upheld the decision of the town’s mayor to stop the conference on grounds of concern for public safety. But was this decision taken with absolute justification and according to the underlying guiding principles and reasonable legal thoughts?

These were a score of people carrying an alien (NOT Eritrean flag) attempting to forcefully enter the conference hall. Clearly their aim was to disrupt the sacred proceeding and deliberations of the conference focussed on the role of the diaspora youth in the socioeconomic development challenges the people of Eritrea.

Kudos for civility,maturity & patience of YPFDJ members & organisers. Too seasoned to be perturbed by shameful acts of obscure mayor/court

In point of fact, leveraging and harnessing the potential contribution of the diaspora youth communities in improving the lives of people of developing countries is a venture highly recommended encouraged by worldwide development agencies and economists. The yearly conference of the YPFDJ has been conceived to be a precursor to the realisation of the wise and sacred thinking espoused by all development economics stake holders.

It was to disrupt this noble and purposeful conference that the enemies of the people of Eritrea have directed their energy.

Journalist @jwnavis tweets that man in "blue coat" kicked someone in the head at the 13th #YPFDJ EU conference. pic.twitter.com/jBPNncptYs

Such being the case, one wonders from where the liability of the peaceful conference organizers emanate that they could be held accountable for the behaviour of the handful provocateurs who are not participants of the sacred peaceful event? The irony of all this is that, according to the general guidelines adopted by most countries “only peaceful assemblies are protected”. No one can deny that this conference was peaceful in purpose and conducted with non-violent behaviour.

But even more fundamental and egregious is the rational on which the mayor of the town based his decision to prohibit the continuation of the conference. His main line of defence was that because a handful of agents provocateurs protested on Thursday 13/04/2017, and have pledged to continue their contemptible acts in the coming days, public safety will be compromised.

Well, elementary logic would show us two critical conclusions form this postulate. The first is that Mayor Jack Mikkers is comfortable and would knowingly allow these unprovoked provocateurs to continue with their disruptive agenda in the days to come. This also would mean that the Major has received written request from these agents provocateurs to that effect. If public order and safety was at stake, isn’t it incumbent upon him in his power to deny them to carry out their disruptive acts? How can one allow the transgressing party and deny the law abiding one? This is beyond elementary common and is incredibly reprehensible.

#Veldhoven mayor @BMveldhoven is a disgrace. He utterly failed to show leadership at the #YPFDJ conference. #Eritrea #Nederlanders #Holland

The second is that Mayor Jack Mikkers is prepared to disregard and deny the sacrosanct freedom of the right of peaceful assembly by his very decision to prohibit the conference without citing any shred of evidence of failure on the part of organisers of the conference as regards the legal requirements for undertaking such events.

For any person with average intelligence, this is an utterly biased and discriminatory decision. The prohibition of the conference is contrary to the Netherlands Constitution of Fundamental Rights and is specifically a contravention of Article 9 of Chapter One. Can we call this unwise decision a case of acquiescence and intentional malice?

@HansOudijk1 Well known crime lawyer says the mayor of #Veldhoven doesn't stand any chance in the lawsuit against him by Eritrean organisation. #Eritrea

My personal take on this futile and disgraceful saga is that it has been planned and concocted by the sworn enemies of the people of Eritrea to do harm. It is now clear that the strategy was: first to create a scene on the ground for the make-believe of public disorder, then call the police to make phony arrests (discharge them the next morning) and finally bring the weight of the law to prohibit the conference with the view to disingenuously protect public safety. If this is not a travesty of justice, what else can!

I am a 20 years old German- Eritrean and I don't endanger the public safety of #veldehoven it's my right to participate at #ypfdj conf.

Mayor Jack Mikkers has exploited the concern for public safety to justify his decision to prohibit the peaceful conference. Yet in many European jurisdictions even a clear attempt to undermine public order, let alone hypothetical concern, are not legitimate grounds for revoking the right for peaceful assembly.

In addition, there was no hostile reaction from the conference participants to the disorderly behaviour of the handful protesters for the mayor take this unprecedented and unjustified decision.

Finally one thing is clear. The first victim here is the legal system of the Netherlands. Although the cancellation may make patriotic Eritreans feel angry, the case reflects highly on the delivery and enforcement of the Dutch legal system in this particular case.

If there are out there who believe their futile action will impact the people of Eritrea, then let them dream and carry on until their sun set.

Constructive criticism comes only from those genuinely concerned and not from amoral and irrelevant individuals!