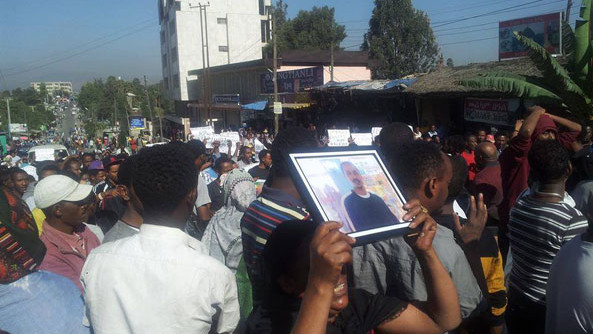 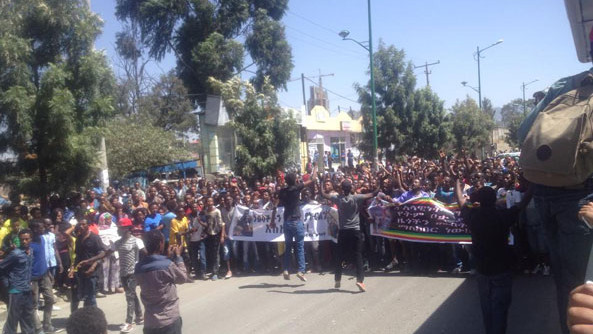 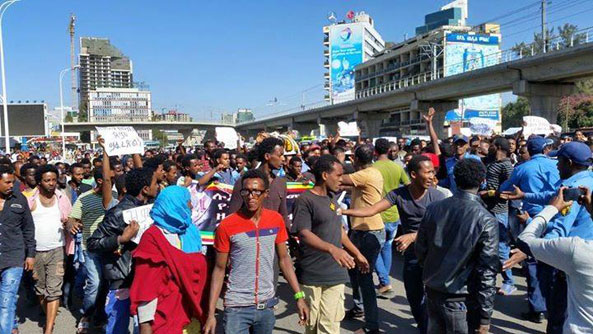 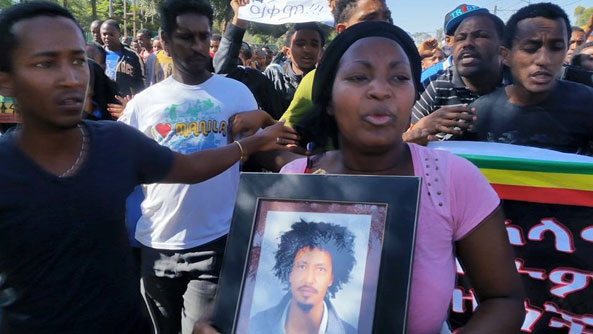 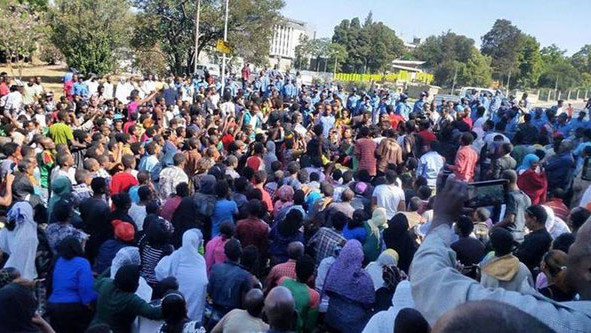 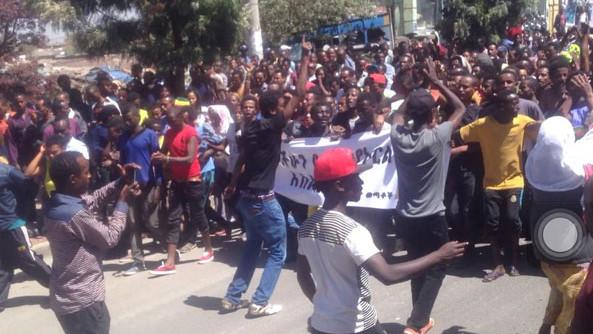 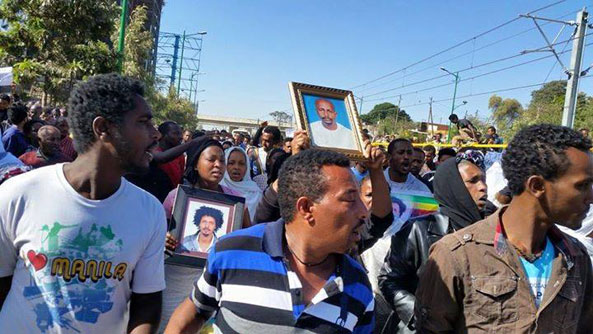 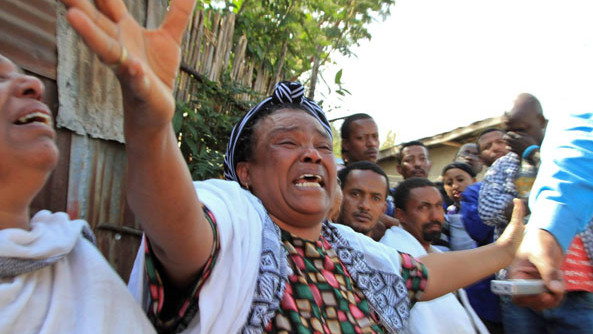 THE women are wailing and crying, the youth chanting. Thousands of angry Ethiopians filled the streets of Addis Ababa to vent their rage and grief over the gruesome killing of dozens of Ethiopian Christian asylum seekers in Libya by the savage Islamic extremist group ISIS.

The protesters depart from the homes of the two victims located in Kirkos neighborhood and continued all the way to Meskel Square. Attempts to extend the demonstration up to the Parliament was resisted by the presence of Federal Police.

Protesters were also heard blaming the government for slow response to similar killings of Ethiopians in Yemen and South Africa.

Ethiopians are heading to parliamentary election starting next month. The government is trying to cool down the anger by convening its lawmakers to a debate on possible response to the killings. However,  the regime can not go beyond condemning the heinous crime, unless other wise it wanted to surprise Ethiopians by dragging itself into the war against ISIS.

Peaceful public demonstrations in Ethiopia usually end up violent. Nobody knows if the ongoing peaceful “we demanding dignity” protest would take a political shape before it gets ugly.