BY ANDUALEM SISAY | THE EAST AFRICAN

The US has imposed a travel ban travel and assets freeze on the fugitive former Ethiopian Intelligence head Getachew Assefa.

The sanctions follow the House of Representatives (HR) 128 Bill passed by the US Congress against Mr Getachew’s violation of human rights.

The request to the State Department was made by the House of Representatives’ Mike Coffman (R), who sponsored the HR 128 bill and finally got it passed by the Congress.

Mr Getachew is accused for orchestrating the assassination attempt on the Prime Minister Abiy Ahmed in Addis Ababa during the rally called in support of the reformist leader. The charges against him also include crimes against humanity on thousands of prisoners across the country such as allowing gang rape of both males and females, torturing and killings using different techniques in secrete jails.

The US federal prosecutor recently indicated that many secrete prisons used for torturing inmates had been found in Ethiopia, seven of which were in Addis Ababa.

While about a dozen former intelligence officers were arrested recently, Mr Getachew, whose face was not known by the public, was reportedly hiding in Tigray region.

Reports show that billions of dollars have been stolen from Ethiopia and stashed abroad over the past few decades, mainly by officials who run political party mega businesses and their affiliates, including holders of foreign passports.

Over $2 billion was reportedly stolen from Metal Engineering Corporation, owned by the military.

Ethiopia lost $11.7 billion in illegal capital flight from 2000 through to 2009, according to Global Financial Integrity report released in 2011.

More worrying, according to the study, is that Ethiopia’s losses due to illicit capital flows were on the rise. In 2009, illicit money leaving the economy totalled $3.26 billion, which was double the amount in each of the two previous years and more than its $2 billion annual export earnings at the time.

As Ethiopia went through political crisis and instability over the past few years, the amount of money that left the country was estimated to exceed far more than was the case in 2009. 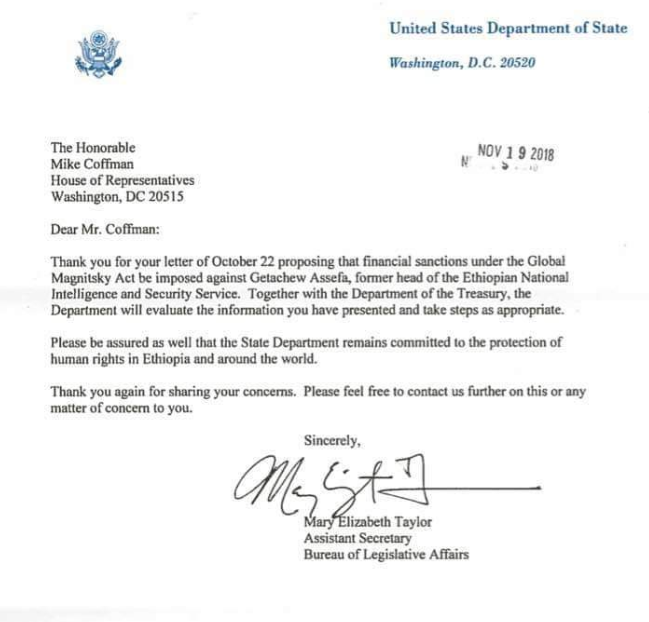