The Land We Fought For

It was never easy for Eritrea and its people to rightly hoist their own flag and call their land Eritrea. Nonetheless, through their determination and will to gain what was rightfully theirs, they stayed true to themselves and broke out of the shackles of injustice to prove to the world that this land was theirs.

The nation is getting dressed to celebrate its Independence Day. Bright lights and its flag, which is dominated by a red triangle extending from the hoist to the fly (right) with complementary green and blue triangles above and below respectively and a yellow encircled olive standing out right in the middle of the red triangle, illustrate ideals of a country.

The flag is a reflection of patriotism and pride of the people of the country, which sets the right mood for the celebrations.

It was never easy for Eritrea and its people to rightly hoist their own flag and call their land Eritrea. Nonetheless, through their determination and will to gain what was rightfully theirs, they stayed true to themselves and broke out of the shackles of injustice to prove to the world that this land was theirs.

Only the survivors and the living could attest to it. In order to know that a person had truly laid down his life for his friends or comrades, one would have to hear it from those living. The late known martyrs—those who voluntarily sought death and rejoiced in the fact—had been our Warsay’s. Their predecessors, Yikealo, had endured torture and death in order to make Eritrea independent. Their modern equivalents in the world would be none. Today, walking towards Harnet Avenue one feels a sense of pride to be Eritrean because this is our land.

It is said that it is difficult to get rid of your masters if you have been living with them for a long time. You learn fast to stoop low and accommodate the unthinkable. Even in the absence of the former master, the mind bows to the shadow that still lingers in the slave’s mind.

A slave is independent only when dreaming. The African slaves in Georgia dreamt about their Ashanti warrior kings, their elephant hunting expeditions and their Hajji to Mecca where they prayed side by side with fair complexioned Arab coreligionists. That was by night. By day, as a slave, you get accustomed to the masters’ manner of mistreating you and degrading you. Gradually, you come to love servitude. A servitude that makes you even miss a servile condition when it is already gone.

When the African slaves in America were set free during the civil war, many did not know what to do with themselves and their newly acquired freedom. What is freedom? They kept on saying. What is independence? It is difficult to look at a source of light the instant you come out of a dark tunnel.

“Freedom is making the master happy.” said the white plantation owner. “Freedom is singing while picking cotton,” added his son. Some even went back to their former masters. What can you do with independence if you have not learned to think, work and live independently? 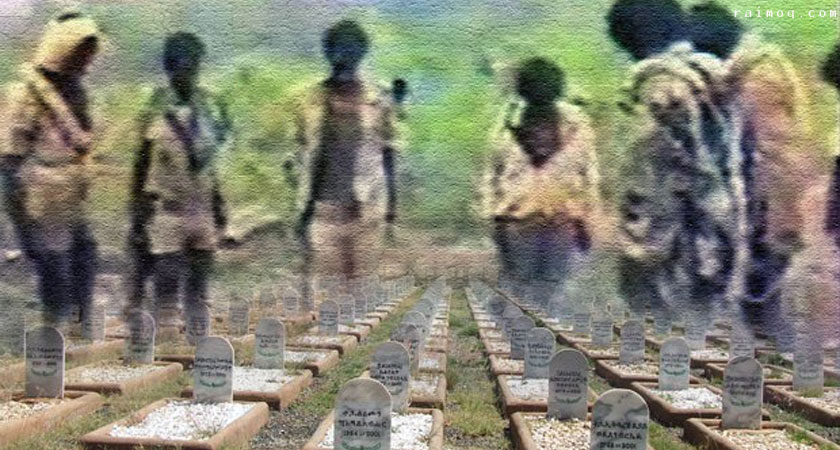 Spartacus (71 BC), a Roman enslaved laborer and rebelled in an uprising that defeated several Roman armies before he was killed in battle. He produced many followers in Europe who caused the downfall of Kings and tyrants for centuries.

After the death of Spartacus, slavery continued once again; and what happened? The slaves were not organized, to start with, and had no political agenda. They did not fight to eradicate slavery, but instead, they wanted a good master. An improved slave institution would do.

Besides, they did not learn to think independently. First, they were slaves to the Romans, and as they followed Spartacus, they became his slaves. If the enemy gives you your independence, it means he is either fed up with you (you have just become a case of diminishing returns) or he wants to come back through the door when you are not looking that perchance he may rob you.

Don’t trust anyone to bestow independence on you, unless that person is inspired by some noble feelings, which, in many cases, are to be taken with some grain of salt. In the event, the unthinkable happens and you get your independence on a silver platter, you would have more chance to survive if you stayed clear out of his turf physically and mentally.

Americans declared their independence in 1776. But at the same time, there was a declaration of dependence that echoed from the other side of the continent. We live in a very strange world, you know.

It is Kike the lion which, the moment it is set free in the woods after a long zoo life, finds it difficult to hunt on its own. It has been fed by its owners for too long a time to be able to chase an antelope for dinner. Slavery and dependence are wounds that heal only slowly.

Our fighters in the field learned to live independently for 30 years of bloody struggle for the liberation of this country. They depended on themselves and their meager material and human resources. They fought in their own manner. No one could tell them to say this or that or to turn this way or that way. They refused the help of those who approached them with ulterior motives, those who presented their help packages with strings attached.

To be independent is to be the master of your destiny. The way to take care of your destiny is to become self-reliant as much as possible. By working and developing your country, you gradually become economically independent. By educating the people, you become socially independent. However, the colonial specter that haunts Western minds does not feel comfortable with such doctrines.

What do you exactly mean by that? Says the cooperate world.

“I want to lead my life the way I want to,” you reply.

“Forget it.” huffs the samsonite-singling businessman.

“We will see,” sighs the skeptic.

In such a situation, the best way to keep and retain one’s independence is to watch every step you make. It is a tightrope walking that may cost you all that you have worked for all your life long, the moment you lose your balance and fall down, you will be falling right into the outstretched hands of your would-be saviors. And they will take you away and will treat you nicely and will try and cure you of your fever of independence and infection of freedom. 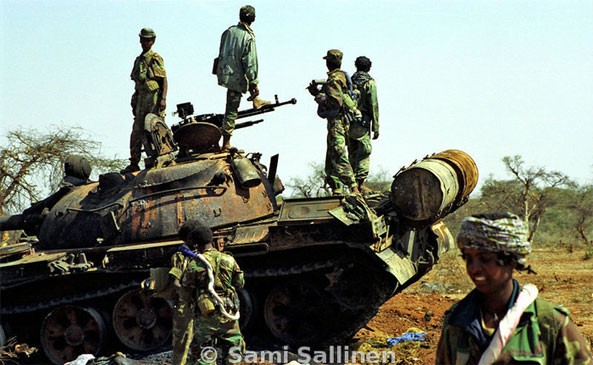 “How do you feel now?”They will ask.

“Do you still believe in self-reliance?”

“It sounds gibberish to me, where did you get it from?” you wonder.

“How about the brand of independence you subscribe to before you were admitted to the hospital?”

“I lost all sense of independence and freedom during my free fall to the ground,” you conclude.

“That is more like it,” they will say rubbing their hands.

And you will never be the same ever again.

However, Eritrea is celebrating its 27 years of independence, resilience, and development; let this be a testament to the samsonite-singling businessman that, against any norm or standard, Eritrea is here to stay forever!

Self-Reliance and independence are two words deeply embedded in the Eritrean fabric of existence and no matter what outside aggression tries to push it out of balance, its people are here to pull it back up.