UN to Lift Sanctions on Eritrea on November 14

The UN Security Council is preparing to lift sanctions on Eritrea after the United States dropped its insistence on prolonging the measures despite a peace deal with Ethiopia, diplomats said Friday.

Britain circulated a draft resolution to the council on Thursday that calls for lifting the arms embargo and all travel bans, asset freezes and targeted sanctions on Eritrea, according to the text seen by AFP.

The council is to vote on the proposed resolution on November 14.

Diplomats said they expected the measure to be adopted after the US change in position.

Eritrea and Ethiopia signed a peace deal in July, but the United States, backed by France and Britain, insisted that Eritrea would first have to show progress on respect for human rights before sanctions could be lifted.

That position however recently changed — a shift some diplomats said was decided by US national security adviser John Bolton, who dealt with the Eritrea-Ethiopia conflict when he served as UN ambassador.

The council slapped sanctions on Eritrea in 2009 for its alleged support to Al-Shabaab jihadists in Somalia but the draft resolution acknowledged that UN monitors had “not found conclusive evidence that Eritrea supports Al-Shabaab.”

The Eritrean government had long denied backing the group and Foreign Minister Osman Mohammed Saleh slammed the sanctions as “unwarranted” in his address to the General Assembly in September.

The sanctions and arms embargo will end on the day of the adoption of the resolution, according to the text.

The peace declaration signed in July by the prime ministers of Eritrea and Ethiopia ended two decades of hostility and triggered a thaw in relations with Djibouti and Somalia that shored up stability in the Horn of Africa. 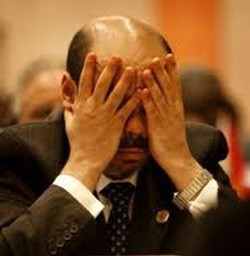 In his UN address, Eritrea’s foreign minister said it was “astounding” that some countries at the Security Council wanted to prolong sanctions “in light of the widely acclaimed peace.”

The sanctions caused “considerable economic damage” to Eritrea and “unnecessary hardships,” said the foreign minister, who called for their immediate end.

Ethiopia and Somalia had backed Eritrea’s call to end sanctions.

The draft resolution calls on Eritrea and Djibouti to continue to improve relations after the leaders met in Saudi Arabia in September to resolve a border dispute.

It urges Eritrea to make available information on the whereabouts of Djiboutian soldiers missing since clashes in 2008, which has been a sore point in ties.

The draft resolution would maintain the arms embargo on Somalia, imposed in 1992.

Eritrea gained its independence from Ethiopia in the early 1990s, and war broke out later that decade over a border dispute.

A 2002 UN-backed boundary demarcation was meant to settle the dispute for good, but Ethiopia refused to abide by it.

A turnaround began in June when Ethiopia announced it would hand back to Eritrea disputed areas including the flashpoint town of Badme where the first shots of the border war were fired.