Making the UNESCO Heritage Site Asmara, a Locus of the Past for Future Generations

Asmara’s skyline height is fixed and the landmarks that make Asmara exceptional should not be blocked by contemporary buildings. It might simply ruin the overall expression of the city.

Asmara is literally one of the rarest picturesque cities in the world. Its constriction which roughly dates back to the late 1800s and early 1900, saw the manifestation of several European architectural styles and currents. To this day, Asmara has withstood changes and gloriously shines in its humble loveliness of a longstanding modernist African city.

Asmara’s recent nomination as a UNESCO world heritage site has drawn international attention. Therefore, its preservation is vital not only for Eritreans but also for the international community.

For Eritreans, it seems like the pride they have in their city is driving them towards making Asmara a locus of the past for generations to come. We talk today to Eng. Medhanie Teklemariam, a Senior Planner and Coordinator of the Asmara Heritage Project, in a bid to understand the efforts invested in the vision of preserving Asmara.

Q : Thank you Eng. For your time. Now, after the nomination of Amara as a UNESCO site and, of course, your stakeholders’ and your resolute actions to enroll the city in the World Heritage List, I am wondering what your office, the Asmara Heritage Project Team, is engaged with at the moment?

We are doing a very engrossed assessment of the restoration master plan. It is a project which demands professionalism and time. What we’re doing technically is study, according to an inclusive charter, each and every building, park or edifice nominated to be a world heritage.

We do have a survey plan that aids us to do so efficiently. Our aim is now to make Asmara and its old edifice restoration a viable task for the near future.

Asmara is full of a variety of architectural styles. This makes our task delicate. For example, we take a building, we allocate it in one of the six situational categories we have set out. We allocate the importance of each building according to its characters. For example, some of the buildings are important only for their age. If they are old they are important but not as important as the buildings that have architectural and historical relevance. In this case, you can even demolish the old building and rebuild it.

Just to give you a general idea, an edifice of category one, for example, is Cinema Impero. In this case, we aim to restore and conserve it delicately because both from architectural and historical points of view it is one of its kind.

Therefore, the phase our office is working on as we speak is a phase of analyzing and assessing Asmara’s edifices with accurate details, from staircases to doors, windows, you name it. By next year, at least this will be aiding the fundamental base for the restoration and conservation phase. We aim to preserve the 4,300 edifices that made Asmara worthy the world heritage list.

Q : Asmara did see some construction changes that are now drawing the attention of local inhabitants who have not completely ruined but to some extent, spoilt the original beauty of their city. What do you say to this Eng. Medhanie?

Undeniably that is true. There are some concerns regarding the lately built buildings like, for example, the Nakfa House, Blue Building and Ambassador Hotel. They are mistakes which we will not allow to be repeated because of our lessons. They were built on site based constriction approach that is not allowed anymore. This means an architect will have to abide by the rule and study the surrounding criteria.

I tell you that for now there are no issued decrees on how these buildings should be handled. However, I do assure you that previous declarations were made regarding the construction of buildings that might ruin the overall expression of the city.

Asmara’s skyline height is fixed and the landmarks that make Asmara exceptional should not be blocked by contemporary buildings. The façade of Asmara should be revered at costs. The survey plan we’re conducting emphasis setting the baseline for the conservation master plan.

Therefore, both of the projects go hand in hand. Undeniably the conservation and expansion of the city would mean has changed now that we all have a better understanding of how to make Asmara a reflection of time.

Q : When speaking of conservation and restoration, I believe most of the buildings are residential. Do people normally contact your office prior to any interventions?

Luckily they do. The populace has a wonderful habit which has become part of its tradition. Inhabitants of Asmara are proud of their city. Their homes, shops or schools, you name it, it mean a lot to them. The office of Infrastructure in the Central region issued a directive long time ago that any interventions to any buildings shall only be made with the knowledge of the office. This has for long enabled us to have firsthand information of any construction intervention.

The fact that people have learned to accept this rule is literally what has made Asmara sustain changes. On this account, I’d like to thank the inhabitants of Asmara for their heightened awareness and collaboration in making our job easier while keeping the beauty of the city intact at all times.

Q : I know that your office is welcoming to non-Eritrean professionals, organizations, and universities from abroad.

We are indeed. We have to be open and welcome ideas and helping hands because Asmara is now for everyone. We do work in collaboration with local colleges, the Eritrean Institute of Technology (EIT), for instance, but we do feel the need of including as much expertise as possible. Asmara is now of literally everyone’s. So there is a high predisposition in regards to including helping hands from all the world.

The Italian survey style so far so we do invite professors from several universities of Italy. We also keep pulsating contacts with European associations, universities, professors, and students. We recently had a group of UCL of London who came for their final paper. We have a copy of their research papers in our office. What we do while accumulating research papers is gather ideas, points of view and opinions.

So pretty much you can say we are open to any idea. Again, Asmara is now for everyone, so it’s only reasonable that we look for new thoughts and concepts.

Q : As a reminder, please take us back to the time when your office was working on the nomination dossier.

That was a work of one year. The idea of shedding light on Asmara has been around for quite some time. However, only last year did we work on a concretized nomination dossier. It was a very inclusive analysis. It was a multi-faceted, study which included even comparative analysis.

Meaning we studied cities similar to Asmara by structure and tie of constriction. We compared them to Asmara in a bid to highlight the very particular exceptions of Asmara. The nomination dossier we submitted to UNESCO was indeed effective. I want to pass on my greetings to all of my colleagues who worked on it last year. A job truly well done.

Q : So what are we to expect from your office, Eng. Medhanie?

We hope to restore and maintain the beauty of our city with the help of its inhabitants. 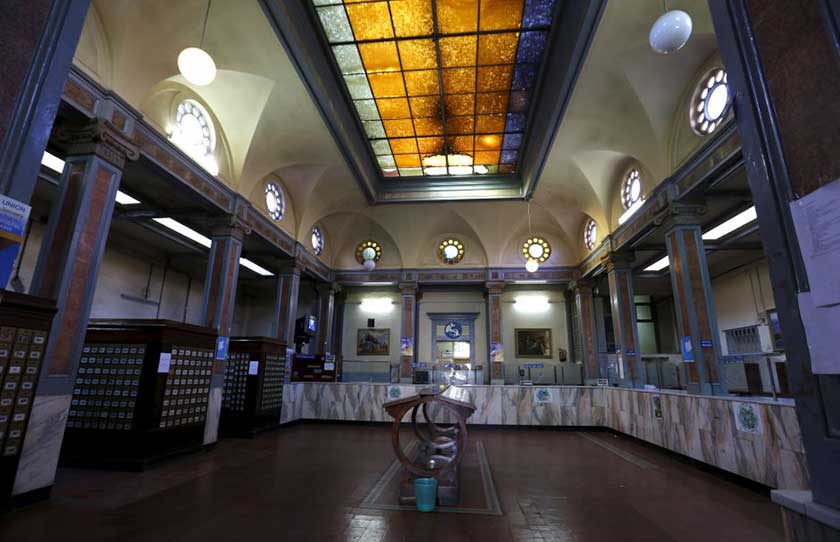