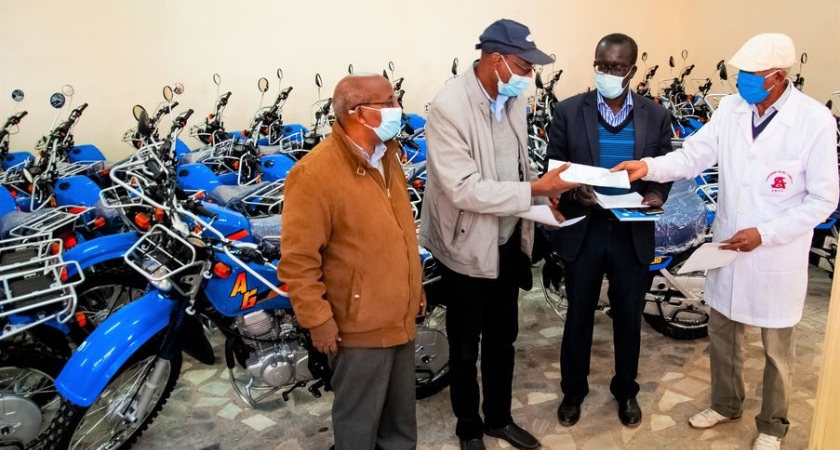 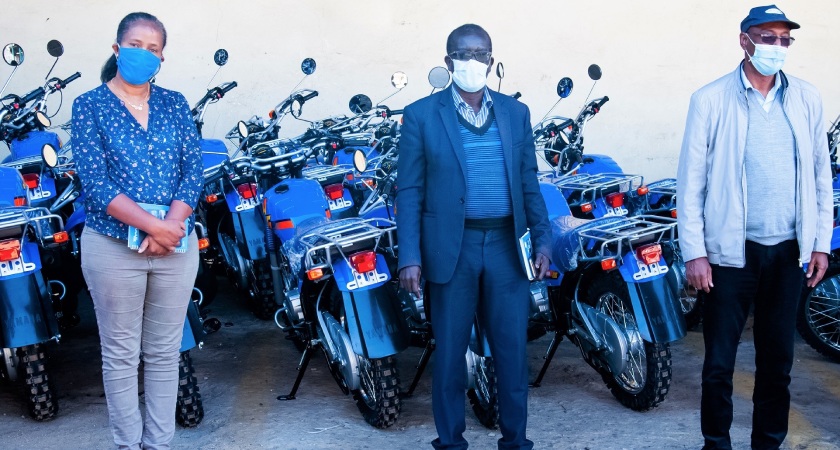 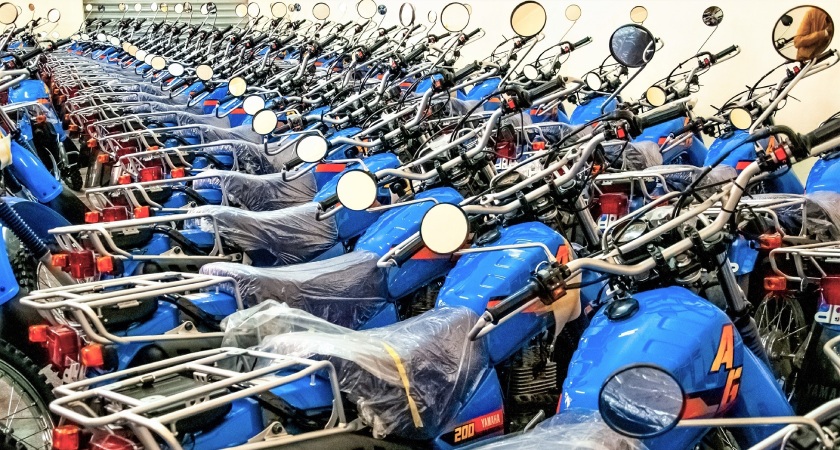 Leaving no one behind becomes a reality as public health officials now able to monitor programs to sustain critical lifesaving services with the support of 100 off-road Yamaha motorcycles from UNICEF.

On 24th December, UNICEF Chief of Health Dr. Geoffrey Acaye, on behalf of the UNICEF Eritrea Country Representative officially handed over 100 Yamaha motorcycles to the Department of Finance and Administration of the Ministry of Health (MoH).

The motorcycles were procured for the Environmental Health Department of the Ministry of Health, with funding from the Global Sanitation Fund through the Water Supply Sanitation Collaborative Council in Geneva, and from the UK Government (DFID).

These 100 motorcycles are specially designed with a 200 cc engine and are ideally suited for rough terrain. They were imported and assembled locally by the Anberbeb Share Company in Asmara; and this was accompanied by a receipt of spare parts and safety accessories, including helmets.

These motorcycles will be used by public health officers of the Ministry of Health at the Zoba and sub-Zoba level to support the promotion and monitoring of the Roadmap to make Eritrea Open Defecation Free by 2022, which will contribute to the 2030 Sustainable Development Goal 6 (SDG 6).

These motorcycles will enable the Ministry of Health to sustain and scale-up the progressive achievements that Eritrea has already made in reducing rates of open defecation from 98% in 2010 to 46% in 2020; which is promising and could help Eritrea become open defecation free by 2022.