US Eases Decades-old Sanctions Against Sudan

After nearly 20 years of hostile relations, the U.S. government plans to reverse its position on Sudan and lift trade sanctions.

The Obama administration took steps on Friday to lift a 20-year trade embargo against Sudan, unfreeze assets and remove financial sanctions in response to the east African nation’s cooperation in fighting ISIS and other groups.

The total lifting of the sanctions, which date back to the Clinton administration, will however be delayed by six months to encourage Sudan to take further actions on improving human rights, resolving political divisions and military conflicts.

That leaves the final decision up to President-elect Donald Trump to implement the sanctions relief, a senior Obama administration official said.

“Sudan has long expressed a desire to get out from under sanctions, as well as other restrictions that the United States has imposed on Sudan going back 20 years,” the official said.

“Over the past two years we have looked for a way to engage with Sudan in a way we could overcome some of the lack of trust of the past,” the official added.

Trump’s transition team has been briefed on the move, the official said, adding that the measures do not affect Sudan’s label as a state sponsor of terrorism nor does it impact sanctions tied to Khartoum’s role in the Darfur conflict.

“We have briefed the transition team and provided information about this. We can’t speak to their intentions or what they intend to do next,” the official said.

.@toner_mark comments on progress in #Sudan and the actions taken by U.S. today to lift select sanctions on Sudan. pic.twitter.com/WY75tZOK4y

The sanctions relief is expected to impact businesses that deal with agriculture, import-export services, transportation, technology and medical equipment, and oil, the official said.

Sudan’s foreign ministry welcomed the move, calling it an “important positive development in bilateral relations between Sudan and the United States.”

The ministry said it hoped further cooperation would allow Sudan to be removed from the US list of states sponsoring terrorism.

The United States first imposed sanctions on Sudan in 1997, including a trade embargo and blocking the government’s assets, for human rights violations and terrorism concerns. The United States layered on more sanctions in 2006 for what it said was complicity in the violence in Sudan’s Darfur region.

#Sudan thanks #Saudi for its efforts in helping lift #US sanctions https://t.co/Qgcgzx4GXU pic.twitter.com/9apYBd0SWh 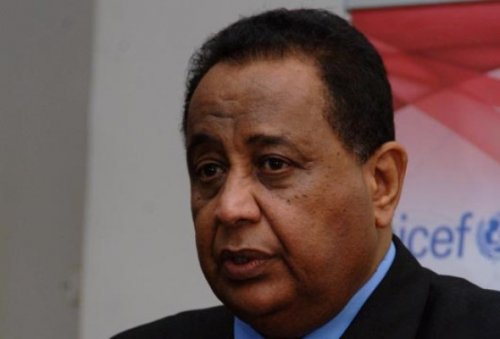 Sudan’s Foreign Minister Ibrahim Ghandour said Obama’s decision was a result of the dialogue that has been ongoing for more than a year between Khartoum and Washington to achieve Sudan’s supreme interests.

In a press release extended to Sudan Tribune Friday, Ghandour described the move as “advanced”, saying it has been achieved through coordination among the various Sudanese bodies and ministries and overseen by President Omer al-Bashir.

“We would continue to cooperate with the new U.S. Administration in the various domains to enhance international peace and security and combat human trafficking and terrorism,” he said.

Sudan’s top diplomat pointed that his government is committed to the agreements reached between the two sides, stressing they would continue their efforts to remove Sudan from the US list of states sponsors of terror.

Also, Sudan’s Foreign Ministry Gharib Allah Khidir described the move as “important and positive development in the bilateral ties between the two countries”, saying it was a product of long dialogue and close cooperation on regional and international issues of common concern.

He stressed that Sudan would continue to cooperate with the U.S. to overcome all obstacles that impede full normalization of relations between the two countries in order to achieve the higher interests of the two peoples.

He pointed that Sudan would benefit from the international initiatives and the concessionary loans in infrastructure development, saying the move would pave the way to resolve Sudan’s long-standing foreign debt problem.

Sudanese officials recently expressed hopes that Obama before the end of his second term would lift the sanctions on the eastern African country, saying Washington is convinced of its inefficiency and that it harms ordinary Sudanese.

The U.S. President Barack Obama on Friday has signed an executive order to ease sanctions against Sudan enabling trade and investment transactions to resume with the east African nation.

Sudan has been under American economic and trade sanctions since 1997 for its alleged connection to terror networks and remains on the U.S. list of state sponsors of terror. The first batch of sanctions restrict U.S. trade and investment with Sudan and block government’s assets of the Sudanese government.

Additional sanctions in relations with the conflict in Darfur region were introduced by two Executive Orders in 2006.