Who’s Behind the Claim that Egypt has Troops in Eritrea?

MEMO (Middle East Monitor) and its Muslim Brotherhood backers were behind planting the fake  Egyptian troops in Eritrea story. But to what end?

On Thursday a story appeared under this headline: “UAE-backed Egyptian forces arrive in Eritrea.” This was how the story began, here is the link to the story in full.

“Following coordination with the United Arab Emirates, Egyptian forces arrived in Eritrea today, Al Sharq has reported. The forces are armed with modern technology and heavy armoured vehicles. Sources told Al Sharq that a meeting was convened between the UAE, Egypt and the Sudanese opposition representing groups in Darfur and eastern Sudan. There are no reported military confrontations.”

The military presence in Eritrea may be a response to Sudan allowing Turkey to take over Suakin Island in Sudan temporarily last year, as part of a broader Turkish engagement policy in Africa. Suakin was once Sudan’s largest port and governed by the Ottoman Empire but has fallen into disuse since the creation of Port Sudan in the 20th century just 60 kilometers to the north.” 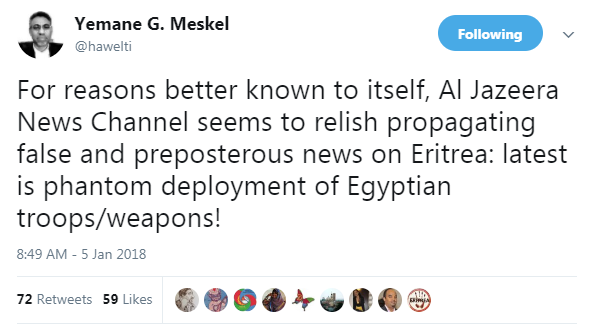 The suggestion that Egyptian forces had arrived in Eritrea, and were training Eritrean troops at their military academy at Sawa, carried by Al-Jazeera, was denied by the Eritrean government spokesman.

Since then, I have been able to confirm that there are NO Egyptians at Sawa, nor any other foreign troops.

So who carried the allegation of an Egyptian presence in Eritrea come from?

The answer is MEMO or the Middle East Monitor.

This is a London based news organisation, working out of a building called ‘Crown House’ on the North Circular Road.

An investigation by the Daily Telegraph indicated that Crown House (and another London building) are the European hub of the Muslim Brotherhood, with around 25 organisations operating from them. [get the link] 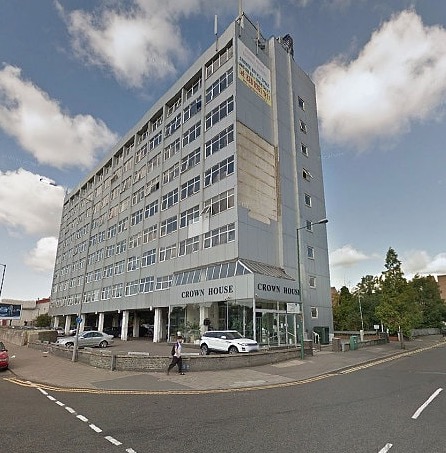 As the paper reported:

“Other organisations at Crown House are Middle East Monitor (Memo), a news site which promotes a strongly pro-Brotherhood and pro-Hamas view of the region.

In a previous article I explored the complex links between the Muslim Brotherhood and the states of the region.

This has resulted in two competing camps.

On the one side are states that support the Muslim Brotherhood: Turkey, Sudan, Qatar and the Palestinian group, Hamas. On the other side is Saudi Arabia, the United Arab Emirates, Bahrain, and Egypt.

Eritrea has clearly thrown its lot in with the second group, led by Saudi Arabia. The Saudis and the UAE have a base in the Eritrean port of Assab and have use of Asmara airport.

So is MEMO – and its Muslim Brotherhood backers – attempting to plant misinformation about Egyptian troops in Eritrea?

And to what end?