Women in Mining: Halima and Her Dreams

Her name is Halima. She is in her early twenties. Her tiny physical appearance forces you to think that she is weak, but only until you see her drive a big truck at the Bisha Mining Company. “Is that really her that is driving this big truck!” you would simply get surprised.

When I first heard about Halima, I couldn’t wait to see her. So, I urged the PR head at the Bisha Mining Company, Ms Milena Berket, to help me meet her as soon as possible. It was on my second day at Bisha that I met Halima at her work site.

“There are guests who want to see you,” Halima was told when we arrived. She welcomed us warmly. She was in her uniform. As soon as her boss told her that we came to talk to her, she led us to the site where the mining takes place. Every pit was surrounded by large machinery (excavators, dozers and others) digging in different places and a number of trucks carrying the minerals from the pit to the crashing machine. Halima took me to her huge truck and asked me to get in. She immediately started to drive and tell me her story.

Halima grew up in Akordet with her parents. She was hired as a cleaner in the Company in 2011. The first question I asked her was: “why did you start to work for the Bisha Mining Company?”

“Because I can’t accept being poor,” she said. Her answer surprised me a lot.

I asked her to elaborate what she meant. “I want to help my mother in making a living.”

It was during Ethiopia’s third invasion over Eritrea in 2000 that Halima’s father went to the military to defend his country and people. Since then Halima’s mother shouldered full responsibility of the family. And every time Halima’s father came home for a visit, the family would get a new born after every nine months. In this way, the family got six children. Life became more complicated.

Halima loved to go to school when she was a child, and she learned until grade four. However, one day her father planed to arrange a marriage without her knowledge. Then Halima was forced to stop going to school. Her teachers were worried a lot by the absence of the clever student Halima. 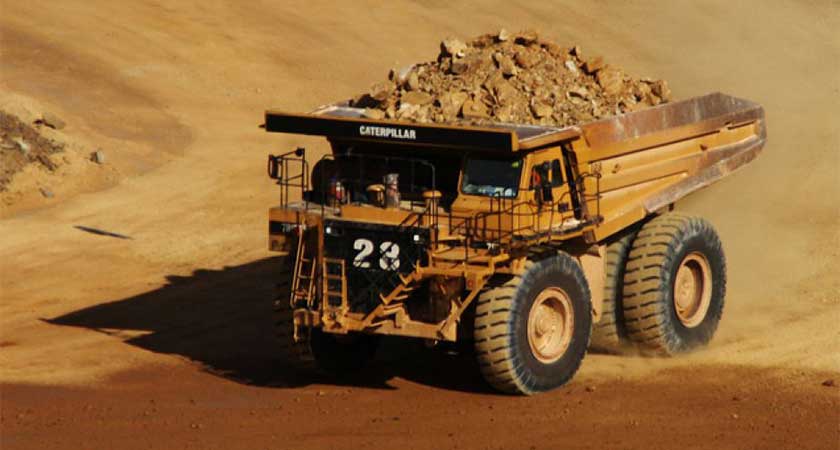 As soon as Halima’s uncles heard that she quit school, they got furious. They couldn’t accept her underage marriage. So, they took the case to the nearby court. Because her father was found guilty of underage marriage, he was sent to prison.

The government of Eritrea enforces all mining companies to provide job opportunities to citizens that live near mining sites. And that policy helped people like Halima a lot. Since Halima didn’t have the required educational background or skill for a professional job, she was employed as a cleaner. Working as a cleaner for two years, Halima was able to help her mother financially.

While Halima was working at the Bisha Mining Company, she was introduced to someone who lives in Akordet, whom he later became her boyfriend. After sometime Halima got pregnant. Until her eight month of pregnancy, however, she continued working traveling 120 km from and to Akordet – Bisha. While Halima was on annual leave for her childbirth, she heard that “Every employee working in the Bisha Mining Company has the opportunity to develop a skill that would help her/him improve their lives.” This is another basic policy of the Eritrean government dealt with companies that work in Eritrea.

The announcement opened a better opportunity to the residents of Akordet, Mogorayb, Tekreret, and other villages near the Bisha Mining site. A number of them went and registered to attend the three month’s training. Halima was one of the six women who attended the training and who were certified.

Considering the size of the machinery, many people thought that Halima wouldn’t make it; but the only thing that Halima kept on her mind was a strong desire and high work sprite of achieving her dreams. It was a surprise to many to see the tiny woman learn driving big trucks.

>> MUST READ : Eritrea: The ‘Slaves’ That Earn More Than the President

“Did you have any experience of driving?” I asked her.

“Driving a car! you must be kidding. I hadn’t even got on it,” she said.

It was in 2013, after a week of their training that Halima started to drive the big trucks confidently. And after three months, she received her driving license.

“In 2014, when our life started to improve, and I was able to make good money, my mum died,” said Halima. It was heartbreaking news; we paused for a moment. “So, it means you are taking care of your five siblings and your son!” I asked her with sympathy.

“Not only them; my father and my step-mother as well,” said Halima.

I was impressed by her strength and kindness. “Most of the time I am at work; so I had to bring my cousin to take care of my young siblings and my child,” she added.

“So you are taking care of nine people in your family!” I asked her with astonishment.

“Yes, but it’s not that hard, I can handle it; thanks to God! And thanks to our government for helping us to develop a skill that we could depend on.”

Halima continued her work; and I continued to get surprised by her strength.